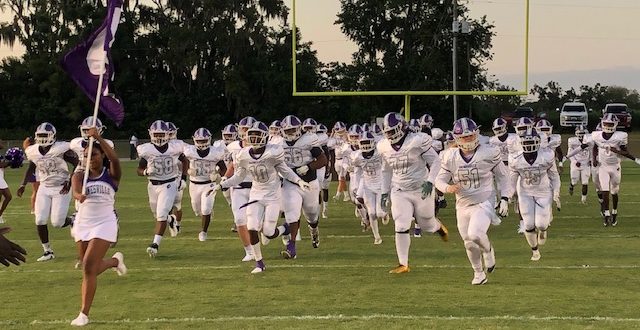 With October around the corner, high school teams find themselves at the middle point in the season. One team still needs its first win, another is looking to gain momentum off a bye and one more needs to snap a losing streak.

If the 0-4 Hurricanes were to get their first win of the season, this would be one heck of a team to get it against. They host a 4-0 Columbia County team ranked fifth overall in the state of Florida.

Gainesville Head Coach Patrick Miller said the Tigers live off the big play and make a ton of them.

Miller on what he sees from Columbia:

Miller said the coaching staff is preaching “play free, have fun” to his team. He thinks “emptying the bucket” might lead to an uptick in production for his squad. When things don’t work, team coaches usually go back to basics.

For Miller, they teach the basics all the time and it’s more about getting the players to lock in. It’s also about consistency. That’s why Miller is picking a quarterback and sticking with him after using a two-quarterback system for part of the season.

Miller on helping his QB:

Anthony Richardson’s great season hasn’t been reflected in the Rams’ record. They are 1-3 heading into a district game against Clay. But, the Blue Devils are 0-4 on the season.

Eastside Head Coach Cedderick Daniels said Clay possesses a run-heavy approach out of the single-wing offense. They pull a wingback and guard to block for 210-pound Al’Querious Ray. Thus, Daniels understands his team will need to play focused, physical football against the Blue Devils.

The Rams have had a rough go of it this season with close losses to Bishop Moore and Buchholz and lost by double digits on the road against Menendez. Tough losses like those can affect a team’s psyche. Now, they’re coming off a bye week.

Daniels on his team’s mindset:

The 1-4 Wolves look to stop a three-game skid in its tracks with a rivalry game against Oak Hall on Friday.

Saint Francis Head Coach Scott McDaniel said the 3-2 Eagles are a well-coached football team, with good skills players and a quarterback and an aggressive defense.

“It’s going to be a good challenge for us,” McDaniel said.

McDaniel on the pits of the season:

Despite the downfalls in the season, there hasn’t been much disappointment in what McDaniel has seen from his team. McDaniel said he only left two practices shaking his head.

“The kids are still working really hard,” he said. “They’ve had a good week of practice. I think they’re fired up for tonight.” 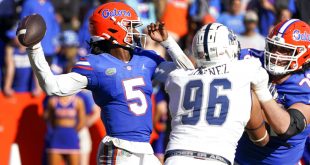