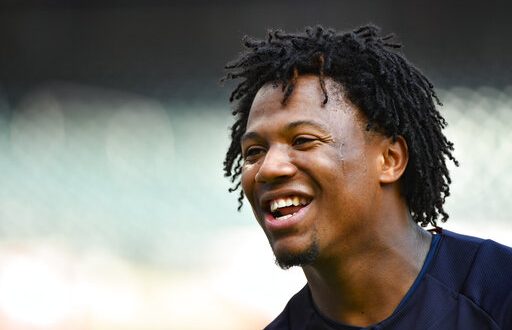 Atlanta Braves' Ronald Acuna Jr. talks with players during a baseball team workout Wednesday, Oct. 2, 2019, at SunTrust Park in Atlanta. The Braves will host the St. Louis Cardinals in the first game of a National League Division Series on Thursday. (AP Photo/John Amis)

Few fans can argue that the St. Louis Cardinals and Atlanta Braves haven’t had some memorable postseason clashes over the years.

Rewind to 2012, the last time these two clubs met in the postseason.

It was the season that the MLB inaugurated the Wild-Card games into the postseason format. The Cardinals won that game 6-3 and advanced to the National League Division Series.

The Cardinals have made the playoffs for the first time in three seasons. The Braves, meanwhile, will be looking to get off their own schneid. Atlanta hasn’t won a postseason series since 2001. Indeed, the Cardinals are the team in this series that is known to come alive in October. They capped their improbable playoff runs in 2011 and 2006 with World Series championships. This season, it might not surprise too many fans if Mike Shildt’s team produces a similar run.

However, despite their postseason pedigree, the Cardinals come into the series as slight underdogs.

A rather quick organizational rebuild following the 2013 campaign has already come into fruition for Brian Snitker and the Braves. Atlanta won 90+ regular-season games for a second straight year this season. Their young core of stars anchored by Ronald Acuña Jr., Ozzie Albies and Freddie Freeman spearheaded their lineup and helped them finish 7th in runs scored.

It all starts TODAY. Are you in? #RELENTLESS pic.twitter.com/Evlcs4a3XN

These two teams know their strengths. The Cardinals swept the Chicago Cubs in the last week of the season to clinch the National League Central. They won each of those games by a lone run. St. Louis finished fifth in terms of team ERA (3.80) this season.

St. Louis may also very well have the best pitcher in this season’s second half. Twenty-three-year-old right-hander Jack Flaherty sported an ERA of 0.91 to go along with a 7-2 record. Flaherty will take the ball in Game 2.

While Game 1’s starter for the Cards, Mikolas, hasn’t enjoyed as successful a season as last year, he’s pitched well in his career against the Braves. He holds a 2.61 ERA against them, and Braves’ hitters are slashing just .244 off him.

Mikolas shed some light on how he’ll attack this Braves’ lineup.

If the Braves are out-hit in this series, fans would expect the Cardinals to emerge as the winners. Atlanta will need the likes of Freeman, Josh Donaldson and Acuña to mash Redbirds’ pitching if they’re to advance.

Despite their potent pitching staff, St. Louis did have their share of issues racking up runs during the regular season. First baseman Paul Goldschmidt disappointed in his first season in St. Louis. Injuries to Marcell Ozuna, the Cardinals’ leading RBI man, didn’t bode well either.

Keuchel spoke about the excitement he feels in preparation for Game 1.

But it must be remembered now that it’s now in October.

Sports media and management student at the University of Florida. Content creator for ESPN 98.1 FM/ 850 AM WRUF.
@TheEdgarChavero
Previous Andrew Nembhard: An Inside Look at the Gators’ Sophomore
Next Rams Travel to Seattle Looking to Move Past Crushing Upset 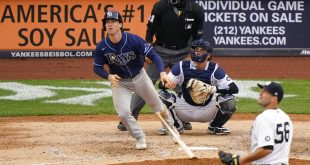