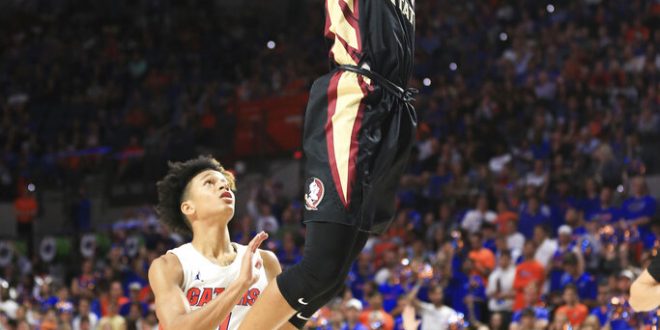 Florida came out to a slow start during their 1 p.m. match-up with the Seminoles today and could never seem to find their rhythm.

The Gators suffered from the three-point line with a measly nine percent from beyond the arc.

The Seminoles secured the lead by forcing nine turnovers and by shooting a higher free throw and field goal percentage.

The Seminoles came out the second half red hot. They’d use a six-zero run to start the half and take a double digit lead with 17 minutes left.

At one point in the second half, the Gators were shooting a dismal 7-35 from the field.

With 9:36 left in the second-half, the Seminoles extended their lead even further to lead the Gators 47-33.

The Gators responded with back-to-back threes from Tre Mann and Andrew Nembhard to cut FSU’s lead to 49-39.

Florida couldn’t seem to make a run out of it and FSU pulled away to close the game off.

The Seminoles put the Gators away at home and won 63-51.

The Seminoles’ biggest lead of the game came in the second-half with 9:31 left when they were up by 14.

The sixth-ranked Gators were led by Keyontae Johnson with 19 points and a double-double by Kerry Blackshear with 10 points and 13 boards.

This win extended FSU’s series winning streak to six against the Gators. 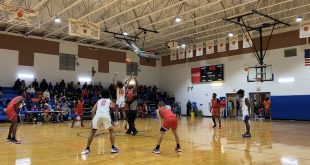