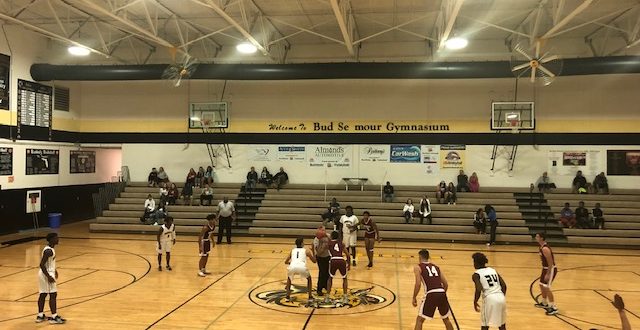 The Bobcats gave up a 15-3 run to start the game and could never overcome the deficit on the way to a 66-50 defeat. Star of the Game

Warriors junior guard Deebo Coleman was the player to watch coming into the game. Coleman is ranked as a four-star shooting guard and the 55th best player in the country, according to 247 Sports.

He asserted himself as the best player on the court and finished with 24 points and a handful of rebounds.

Ran Coleman is the head coach for West Nassau and talked about his star player after the game.

“He brings toughness and solidarity to our team,” Ran Coleman said. “He does a lot of the ballhandling for our team and does a great job of making his teammates better.”

Coleman said the team goes to Deebo whenever they need a big stop, score or rebound.

Buchholz head coach Bob Horodyski said he was a handful all night and was difficult to prepare for because it was the first game of the season.

“He’s pretty good,” said Horodyski. “We doubled him to take him out of the things in the second half.” At the end of the third quarter, the Bobcats had only scored 27 points; they had a difficult time adjusting to what defense the Warriors were throwing out there because they changed from man to zone throughout the game.

“I have to give credit to Buchholz because they cut hard and with a purpose,” said Ran Coleman. “It showed how disciplined our team is on defense.”

Horodyski said the Bobcats struggled to score because of their youth and inexperience. He added that he had one returning varsity player from last season.

He said he was pleased with the freshmen and sophomores who stepped up and played well.

In the final quarter, Buchholz out scored West Nassau 23-12 to cut the deficit from 27 to 16 to make the game seem closer than it was. A common theme for the Bobcats were missed chances at the charity stipe. Horodyski said he harped on the issue at halftime.

Finally, he talked about the road ahead.

“We are just learning,” said Horodyski. “This whole season will be this way, and hopefully, by the end of the year, we will get things rolling.”

Next Monday, Buchholz will travel to Umatilla to take on the Bulldogs. West Nassau will return home to face University Christian next Tuesday.

Zachary Huber is a journalism student specializing in sports media at the University of Florida. This is his first year being a part of ESPN Gainesville. He helps cover high school football for Buchholz and Newberry High Schools. You can follow him on Twitter @zacharyahuber
Previous Florida Volleyball Earns Road Sweep Over Auburn Tigers
Next Game Preview: Gators Men’s Basketball Heads to Charleston Classic

Dale Layer was born in Gainesville and attended Buchholz High. Now, trips back to his …