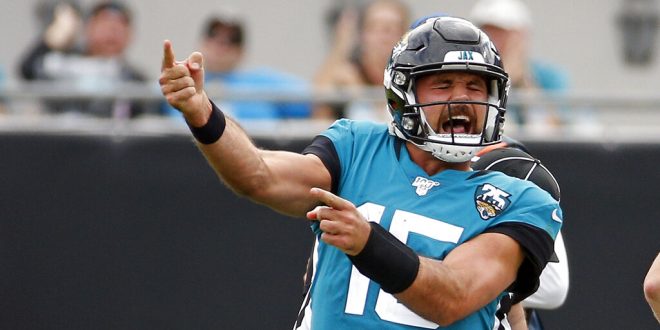 Chargers and Jaguars Clash in a Battle of 4-8 Teams

To say that it’s been a disappointing season for both the Jacksonville Jaguars and the Los Angeles Chargers would be an understatement.

In the offseason, Jacksonville replaced former first-round pick Blake Bortles with a Super Bowl MVP in Nick Foles. They were hoping the move would give their offense the boost it needed, allowing them to not have to rely so much on what has been a dominant defense the last few years. The Chargers were coming off a 12-4 season and were hoping to take down Kansas City and sit atop the AFC West. After a trip to the playoffs that resulted in a disappointing loss in New England, hopes were high for the Bolts.

Both have not lived up to expectations.

The Jaguars and the Chargers both limped out to poor starts this season. The Chargers were 2-5 in their first seven games. The Jaguars were 2-4 after their first six. Of course, it didn’t help that the big-money free agent Foles went down in the first quarter of the season opener with an injury, although it led to some magic as backup QB Gardner Minshew won four of his first seven starts.

Both starts ultimately led these teams here: a 4-8 record going into Week 14. Playoff dreams are all but dead for both squads. And much of it has been a result of these teams not being able to win close games.

What’s Next for the Chargers and Jaguars?

Now the question for both of these teams is what will happen next?

What’s going to happen to Nick Foles? How about Philip Rivers? Is this his last season with the Chargers? Is Jaguars head coach Doug Marrone all but fired at this point?

A win would do nothing but boost morale and impact draft positioning at this point.

A loss would just make what’s already been a bad season worse.