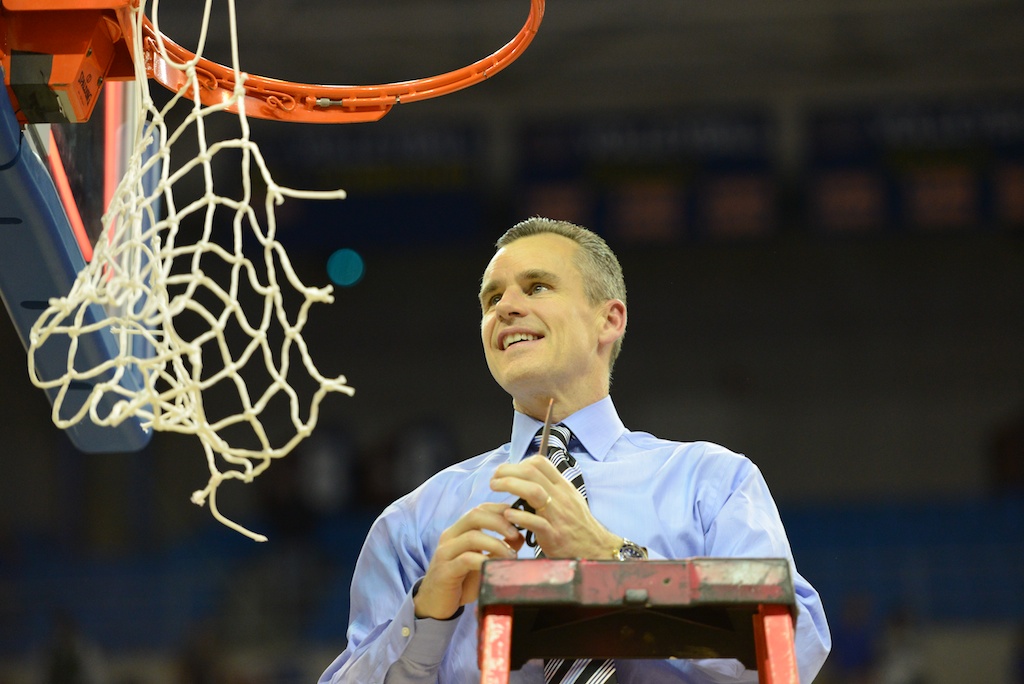 Gators Men’s Basketball Court to be Named After Billy Donovan

Donovan was hired to be Florida’s men’s basketball coach in March of 1996. Over the next 19 seasons, he led the Gators to a 467-185 record during his tenure. Florida basketball saw an era of great success under Donovan. With Donovan at the helm, the Gators won two national championships and visited four Final Fours and seven Elite Eights over 14 NCAA Tournament appearances. The team also won six SEC championships and four SEC Tournament championships. In addition, the Gators reached the 20-win mark in 16 of Donovan’s 19 seasons.

Donovan left Florida in 2015 for an opportunity to coach the NBA’s Oklahoma City Thunder. Currently, he has a career record of 207 wins and 141 losses.

Reactions to the News

When current Athletic Director Scott Stricklin and former AD Jeremy Foley told Donovan that the court was to be named after him, Donovan said “I was totally shocked. It was really emotional. I didn’t anticipate this. I’m thankful, I’m honored and just incredibly humbled by it all.”

After the announcement, AD Scott Stricklin said: “it had been on my radar for some time, and Jeremy had made it clear it was something that was important to him.” Stricklin also said: “During my time at Kentucky, I had a front-row seat for the impact Billy made, mot just on the Florida program, but our league. You saw the kind of coach and person he was, and the respect he had around the country. This was just an obvious way to honor him.”

Current Florida Head Coach Mike White said that “this is something that definitely needed to happen.”

Florida basketball’s court will transition into Billy Donovan Court on Saturday, February 15th as the Gators will be facing the Vanderbilt Commodores. Donovan, the legendary coach himself, will be in attendance.