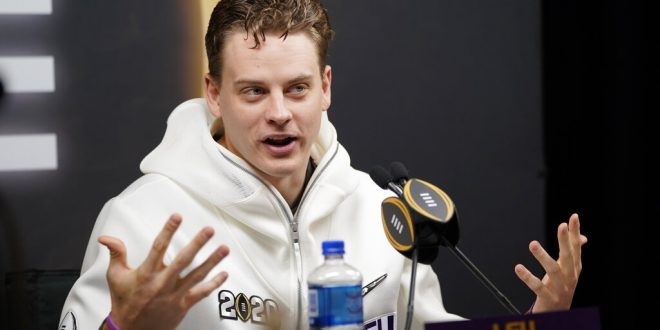 If you had told LSU quarterback Joe Burrow prior to the season that LSU would be competing for a national championship, he probably would have believed you. After all, Burrow claims to have seen LSU’s title run coming.

Indeed, it has been a championship-caliber season for Burrow and the Tigers. The team hasn’t lost a single game and Burrow climbed leaderboards en route to a Heisman trophy.

Ed Orgeron: "I've never been around a player like Joe (Burrow)." He's a perfectionist who hardly says "things are fine" when Orgeron asks how he's doing. #LSU

One trait that Orgeron especially loves from the graduate transfer quarterback: His toughness.

If Burrow is to lead his team to victory tonight, he will have to survive a Clemson defense that is tied for eighth in the nation in sacks and tied for third in tackles for loss.

Nonetheless, Burrow is not phased by the challenge.

Orgeron echoes Burrow’s sentiments in part due to LSU’s recent history under the national spotlight.