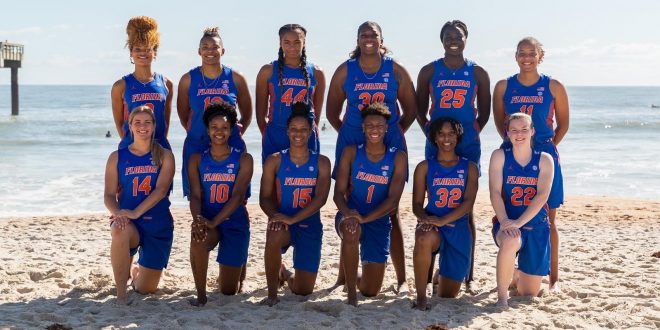 Florida Women’s Basketball will head to Arkansas on Sunday to take on the Razorbacks.

Florida is having its best start to the season since 2016-2017. The team has already tied the number of games they’ve won in each of the last two seasons,11, with still 10 more games to go.

Florida’s newest additions to the team have really helped the squad pick up close wins. Freshman guard Lavender Briggs is averaging double-figure points, 13.7 points per game, and has broken Gator records while doing so.

Besides Briggs, sharp-shooter Brylee Brantram has been a killer in the corner for Florida helping to knock down the three-ball.

Redshirt junior KiKi Smith, the veteran point guard, has helped keep the pace and tempo for the Gators while also slicing and dicing her way through defenses. Smith is also averaging 12.9 points per game.

Florida is 2-4 in conference play and is currently on a 3-game losing streak, their largest one of the season.

Florida and Arkansas have versed each other 36 times, with Florida taking a 26-10 record against the Razorbacks. The last time these two teams met was at the beginning of 2019 when the Razorbacks came to Gainesville. Florida ended up losing that game 83-73 with Smith and guard Danielle Rainey combining for 33 points.

Rainey was determined out for the remainder of this season after suffering a knee injury during a team scrimmage.

The Gators are currently shooting 40 percent from the field, averaging 10.6 assists and 6.5 steals per game.

The Razorbacks are shooting about 45 percent from the field, averaging 12.9 assists and 8.7 steals per game.

The game tips off Sunday at 3 p.m. 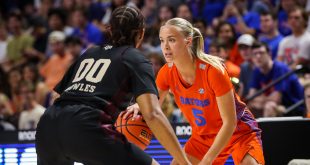 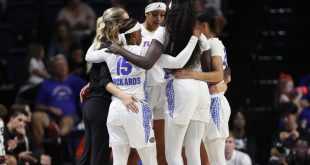 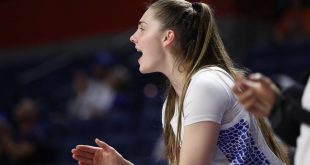 Paige Clausen arrived on campus in 2021 like any other freshman. She spent her time …