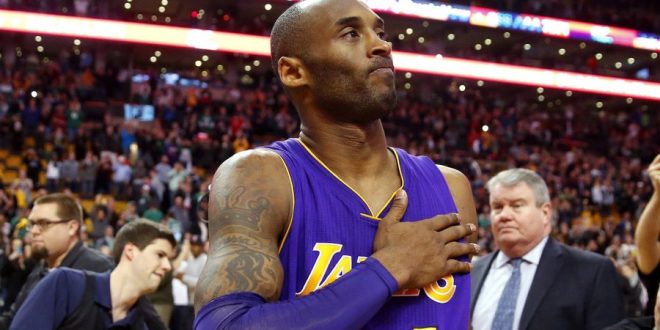 The entire world was put on hold after news surfaced yesterday about former NBA star’s death. Former Los Angeles Laker Kobe Bryant was pronounced dead yesterday afternoon after the helicopter he was on crashed in Calabasas, California.

Bryant was one of nine people who died in this accident. Later in the day, it was confirmed that Gianna Maria, Bryant’s 13-year-old daughter, was among the deaths. Bryant and his daughter were on their way to Gianna’s basketball game before unknown circumstances caused the helicopter to fail.

Many fans and friends of Kobe were in disbelief and refused to accept the news. But after the news was confirmed, many went on social media to share their condolences to his family and loved ones.

“Kobe was a legend on the court and just getting started in what would have been just as meaningful a second act,” former president Obama said on behalf of himself and his wife, Michelle. “To lose Gianna is even more heartbreaking to us as parents.”

Although the cause is still unknown, officials are investigating whether dense fog was a factor in the crash. LAPD spokesman Joshua Rubenstein said that the dense fog caused LAPD to ground its helicopters until the afternoon.

Other reported victims were Orange Coast College baseball head coach, John Altobelli, his wife Kerri and their daughter Alyssa. Also on the plane were Payton Chester, a 13-year-old basketball player, and her mother. Payton’s grandmother Catherine George stated that they usually drive to the games and taking the helicopter was only for convenience.

Coach Christina Mauser was also among the killed, as confirmed by her husband Matt Mauser over a post via Facebook.

Los Angeles County Fire Chief Daryl Osby said that a call was made around 9:47 am about a downed helicopter and brush fire in Calabasas. Osby said that this type of fire was difficult to retain given that it contained magnesium, a chemical that reacts with oxygen and water.

The City of Calabasas was one of the first to post about this incident.

It is with great sadness that we learn of the death of Kobe Bryant and four others in a helicopter crash in Calabasas. The aircraft went down in a remote field off Las Virgenes around 10:00 this morning. Nobody on the ground was hurt. The FAA and NTSB are investigating.

Los Angeles County Sheriff Alex Villanueva said that a manifest for the helicopter listed nine people — eight passengers and the pilot. According to Villanueva, authorities are believed to have found nine bodies in the scene. Villanueva then said that no more details will be released until officials find out more about the accident.

Bryant married Vanessa Laine Bryant back in 2001. They met in 1997 when Bryant was 21 and Vanessa was 17. He had four daughters with her, including a six-month-old. 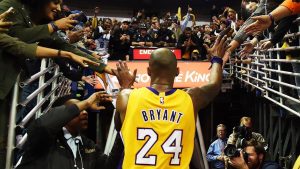 Bryant played his entire 20-year career in the NBA with the Los Angeles Lakers. He entered the NBA draft in 1996 directly from high school. Kobe was part of the All-NBA team 15 times and an NBA All-Star 18 times. In 2008, he was named NBA MVP and was an NBA Finals MVP twice.

Despite some scandal in 2003, Bryant is one of the most influential basketball players of the 1990s and the 21st century.

Many people in the world consider Kobe as one of the most complete players in NBA history. He was also the first player in NBA history to have at least 30,000 career points and 6,000 career assists.

The night before his death, Bryant was sitting at the third spot in all-time scoring with 33,643 points. Lebron James took his spot that night after he reached 33,655 points. James broke this record while wearing shoes with “Mamba 4 Life” written on them, recognizing the amazing player that was Bryant.

Bryant tweeted that night congratulating him for his accomplishment. This tweet became his last social media appearance.

Camila is a senior at the University of Florida, who served as a beat writer for the women's basketball team from 2019 until the 2021 season. She was also a beat writer for the Gators football team during the 2020 season. Camila is also WUFT's news director as well as a sports reporter/anchor.
@CamilaMaffuz
Previous Gator Men’s Basketball Falls to No. 1 Baylor
Next Newberry Boy’s Hoops Takes On Buchholz