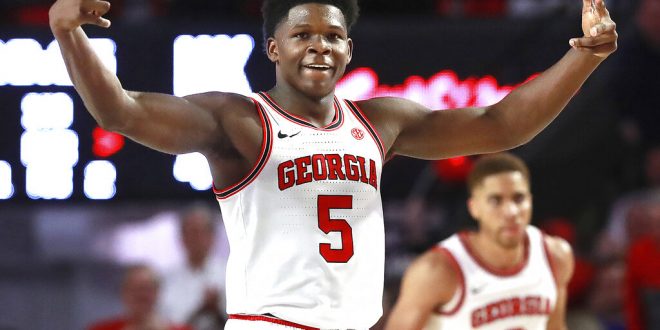 In SEC play, Anthony Edwards and the Georgia Bulldogs face the No. 13 Auburn Tigers on Wednesday.

This matchup will be a battle as both teams look to redeem themselves after tough losses. The Tigers fell to Missouri last Saturday 85-73, and the Bulldogs fell on the road to Texas A&M. When these two teams faced each other in the early season, Auburn beat Georgia 82-60 in a home victory.

Auburn looks to bounce back

After winning seven straight games, the Auburn Tigers fell to Missouri over the weekend in a devastating loss dropping them to number 13 in the SEC. This game was basically Auburn against Missouri guards Dru Smith and Xavier Pinson, who each put up 28 points. Missouri did a great job of moving the ball around the perimeter and driving to the basket, which was hard for Auburn to defend. It also didn’t help Auburn losing Devan Cambridge in the first half to two flagrant fouls. The closest Auburn cut its deficit to was five points before Cambridge’s ejection.

Now, Auburn is hungry for this SEC win on the road. Guard Samir Doughty needs to step up and play to his full potential tonight to grab the win. Doughty averages 16 points and 2.6 assists per game on the season. When Auburn first played the Bulldogs, Doughty led Auburn in scoring with 17 points.

Back on the road we go.#WarEaglehttps://t.co/qAbbPsJEJk

Edwards and the Georgia Bulldogs

As for Georgia, the Bulldogs are coming into this game desperate for a win. Georgia is on a four-game losing streak. Anthony Edwards could not outshine freshman Emanuel Miller last weekend. Miller had his second double-double of the season scoring 21 points and grabbing 10 rebounds. Edwards had a rough night Saturday being held to only six points on 2-of-7 shooting.

Georgia started off the season strong with a four-game winning streak. But since then, the team has struggled to make a known appearance in the SEC rankings. Currently, the Bulldogs sit 13th in the SEC (2-10) with a 12-13 overall on the season.

This matchup will be a battle between two elite guards — Samir Doughty and Anthony Edwards.