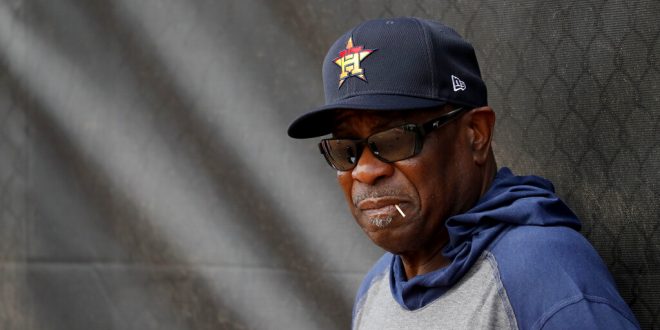 Former Nationals manager Dusty Baker signed with the Houston Astros in late January in the midst of the Astros scandal. Less than a month later, Baker is feeling optimistic about his new team.

Ready to focus on baseball

Dusty Baker addressed the media and said he is ready to focus on baseball and leave the sign-stealing in the past.

Instead of the scandal being a negative, Baker believes it actually made the players stronger. He said, “Adversity sometimes makes you closer… it can either break you or make you closer and from what I see, these guys are close.”

Prior to coaching the Nationals, Baker had not coached since 2006 when he was the manager for the Chicago Cubs. He only achieved one division title in those four years and managed the Cubs to a postseason series win in 2003, the franchise’s first series win since 1908.

Hopes for the team

The Astros are slated as the fourth best team in the MLB in CBS Sports’ Feb. 10 power rankings. The Astros, though, are an ageing team; Seven of the 11 starters are over the age of 30. With the age of their players, the Astros may only have a couple more years of high level play with the players they currently have.

The Vegas odds to win the World Series in 2020 have the Houston Astros with the 3rd best odds to win it all at 8/1.

Jensen Young is a journalism student at the University of Florida. He works as a sports writer for WRUF.com and is the voice of trendings on Wednesday mornings on the WRUF radio station.
@Jensen_Young9
Previous Hawthorne Girls’ Basketball Advances to State Semifinals with win over Wildwood
Next Edwards taking on Doughty in SEC play