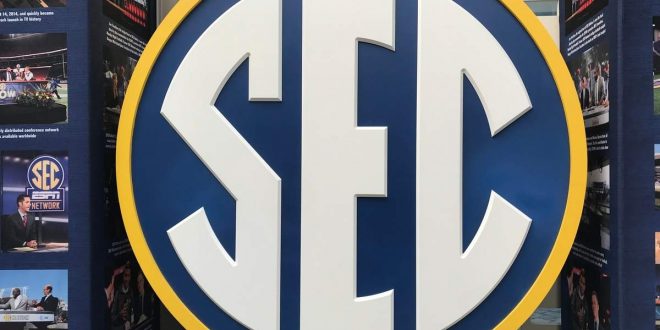 As the regular season begins to wind down, SEC men’s basketball conference games are more important now than ever.

The South Carolina Gamecocks will head to the road to Starkville to take on the Mississippi State Bulldogs. Both teams come in at 16-9, but South Carolina has a one-game edge over the Bulldogs in conference play. Tip off for tonight will be at 9 p.m.

This meeting will be the first of two in both team’s final six games of the regular season.

Right now South Carolina and Mississippi State sit at fifth and sixth, respectively, in the SEC race. The teams sit behind Kentucky at number one, followed by Auburn and then a tie for third between LSU and Florida (with LSU having a head to head tie breaker with a game to go between the two teams.)

With a win tonight, South Carolina could join the tie for third place, or Mississippi State could move up and join South Carolina in the fifth spot. Right now, both teams will receive a first-round bye in the SEC Tournament, but if either team wants to pull out the double-bye, they both have some catching up to do.

All-time the Bulldogs lead the series 22-15 and have only lost four times to the Gamecocks at Humphrey Coliseum. However, the two teams have split their last eight meetings and five of the last six meetings have been decided by six points or less.

In the last match up between these teams in 2019, Mississippi State pulled out the 76-61 win in Starkville. If South Carolina does pull out the win tonight, it would be the team’s first win at Mississippi State since 2017.

Both teams come off narrow victories on Saturday.

South Carolina edged out Tennessee 63-61, in a win that seemed unlikely very late into the game. South Carolina comes in as one of the nation’s worst teams at fouling and shooting free throws and had already missed 13 from the line that night.

In the final 21 seconds though, Maik Kotsar made four free-throws to push the Gamecocks to victory.

While over in Arkansas, the Bulldogs just pulled out 78-77 win. With under a minute left, Arkansas had a one-point lead. However, if one thing has been going right for Mississippi State this season, it is their ability to grab the offensive rebounds.

With just two seconds left, Tyson Carter put up an off-balance layup that rimmed out, but right into Abdul Ado’s hands. Ado was able to tip the ball back with .6 seconds remaining to give his team the win.