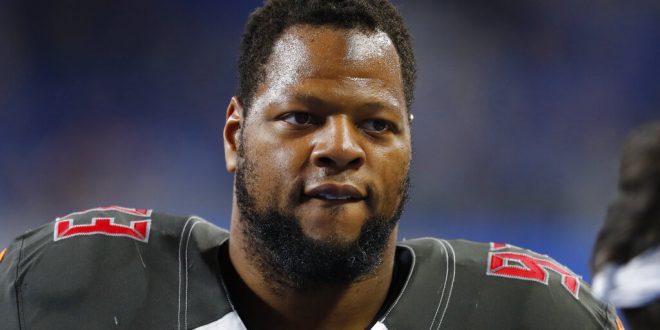 After signing Tom Brady, the Buccaneers sought some defensive help to complement its new offensive leader. On Wednesday, Tampa Bay re-signed a key cog on defense. Ndamukong Suh is back in red and pewter.

Suh returns on a one-year, $8 million deal. According to ESPN’s Adam Schefter, it’s no surprise he chose to stay.

Suh, 33, adds leadership to a talented Tampa Bay roster. He has an illustrious career, which features three All-Pro selections.

Last year, Suh inked a one-year deal with Tampa Bay. With only 2.5 sacks, he failed to impact the stat sheet, but he made his presence felt. In last year’s road clash with the Rams, he returned a fumble 37 yards to close out the win.

Suh has 58.5 sacks over his decade-long career, but he was not at fault for the decline in sacks last season. He faced the third most double-teams in the entire league, which freed up his teammates to put pressure on the passer. A prime example: Shaquil Barrett, who led the league with 19.5 sacks.

It’s not just a coincidence: it happened in 2018, too. While on the Rams, he opened the door for Aaron Donald to lead the NFL with 20.5 sacks.

Paired with Vita Vea on the defensive line, Suh and the Bucs led the league in run defense in 2019. Alongside Shaquil Barrett, Jason Pierre-Paul, Lavonte David and Devin White, Suh and Vea complete a solid core on defense for Tampa Bay.

On Thursday, Suh officially signed with the Bucs. This gives him another year to strengthen his relationship with defensive coordinator Todd Bowles.

Bowles, a well-respected DC throughout the NFL, has the respect of Suh. He was one of the reasons the star defensive lineman decided to join the Bucs last season. Per former Buccaneer Booger McFarland and other NFL analysts, Bowles is another reason that he decided to stay.