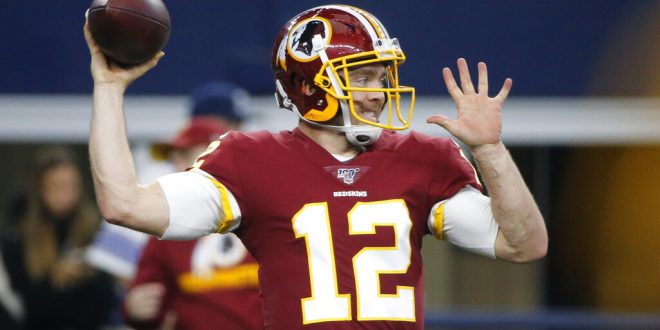 FILE - In this Dec. 15, 2019 file photo Washington Redskins quarterback Colt McCoy (12) throws before an NFL football game against the Dallas Cowboys in Arlington, Texas. After spending much of the past six seasons as a backup quarterback with the Redskins, Colt McCoy knows his job coming to the New York Giants. His primary task is to help offensive coordinator Jason Garrett and new coach Joe Judge get starting quarterback Daniel Jones, ready to play every week. Be another set of eyes, another set of ears, another encouraging voice for the second-year player. (AP Photo/Michael Ainsworth, file)

A couple of weeks ago, the New York Giants signed Colt McCoy to a one-year deal. In doing so, the team added a key piece to the quarterback room. McCoy is ready to embrace his role as the backup to Daniel Jones.

Staying in the NFC East

After spending six seasons with the Washington Redskins, McCoy remains in the NFC East with the Giants. He has a feel for his divisional opponents, and recognizes the advantages of playing in the same division for so long.

One such advantage is that he is familiar with the schemes of former Dallas Cowboys head coach Jason Garrett. Garrett also happens to be the new offensive coordinator of the Giants. Although McCoy still must learn Garrett’s system, his knowledge of the coach eases the transition to New York.

Entering his tenth season, McCoy brings a veteran presence to the Giants. Despite the fact that he has an injury-riddled past, his value lies beyond his playing abilities. His number one priority is ensuring that Jones is ready to go.

As a backup and a starter, McCoy’s approach with the Giants will be, “making sure each week that Daniel feels as comfortable as he can going into these games.”

McCoy is a selfless leader in the quarterback room. He has worked well with young quarterbacks in the past, such as Robert Griffin III and Dwayne Haskins.

Now, McCoy sits behind Jones, the second-year man out of Duke. Jones burst on to the scene last season with a four-touchdown performance against Tampa Bay. It is likely that the success of McCoy’s tenure in New York is judged based off of the play of Jones rather than his own.

A future in coaching

It’s not uncommon for former quarterbacks to become coaches after their playing career ends. As McCoy gets closer to the finish of his own career, he sees coaching as a possible option for his future.

Having spent the majority of his career as a backup, McCoy has plenty of experience calling plays. The role of offensive coordinator is a genuine possibility in his future. He has the opportunity now in New York to learn from Garrett, another former quarterback who is now an offensive coordinator. 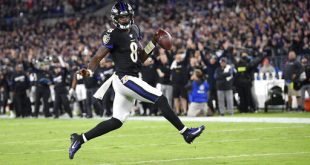