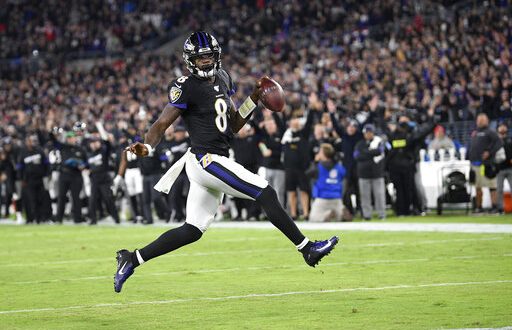 While in the midsts of the coronavirus outbreak, the NFL will proceed with the Draft as scheduled in two weeks in a completely virtual format. This format has drawn criticism from Baltimore Ravens head coach John Harbaugh.

NFL commissioner Roger Goodell just informed clubs in a memo that club facilities will remain closed indefinitely and the league will conduct a “fully virtual” draft, with club personnel separately located in their homes. pic.twitter.com/28t2kNnLAI

In the memo sent out from NFL commissioner Roger Goodell, instructions are laid out to the league’s 32 teams to conduct the draft virtually rather than at their team facilities. These facilities have been closed since March 26, following the guidelines set by government officials to limit the spread of COVID-19.

Because of this closure, teams are unable to meet with prospects face-to-face, see them run through drills and have the team’s doctors run medical tests on them. This has caused several teams to voice frustration with the league over not rescheduling the draft.

Despite some pushback, the league will proceed as scheduled. With the new format, team officials will conduct the draft using various virtual methods. One of these possible virtual methods teams are allowed to use is Zoom. The use of Zoom, for both business and social reasons, has increased during this period of social distancing. However, there have been reports of ‘Zoom-Bombing,’ in which hijackers gain access to the meeting.

These reports have Harbaugh concerned about the team’s draft information compromised.

Harbaugh also said it would be “preferable” if team’s didn’t have access to their draft boards and or playbooks.

Despite Harbaugh’s concerns, Ravens executive vice president and general manager Eric DeCosta expressed a different opinion regarding the use of Zoom for this month’s draft.