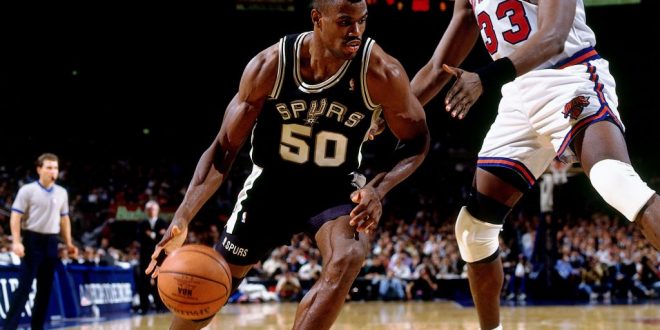 In Robinson 14 seasons of playing basketball, he never dealt with it being postponed. Not many players have. Robinson co-founded the Admiral Capital group. He says through his group he is trying to help the community. He also says he is happy his family was able to come home during the quarantine.

Will the NBA Season Resume?

The NBA, as well as the other major sports leagues, have thrown ideas out on the possibility of continuing the year. There is talk of playing the rest of the games in one location like Las Vegas or a smaller venue with no fans in the arena. A hope of a resumption in June is the best-case scenario, but nobody knows how long the threat will last. Robinson says he would like basketball to return in some form this year.

The 1995 Most Valuable Player knows it won’t be easy for players to stay in shape while not getting to play on the court.

If basketball returns in June, it gives the players less of a break before the 2020-21 season. This could lead to heading straight to the playoffs when it safe to play.

Duncan Among the Greats

In August, the nine-member 2020 Hall of Fame class will be inducted. The class includes some of the greatest players to ever play the game including Kobe Bryant, Kevin Garnett and Tim Duncan.

Robinson played with Duncan on the Spurs for 7 seasons from 1997-2003. He had nothing but kind words to say about him as a player and a person.

Robinson said he considered him like a little brother. He was happy to see his brother earn the honor.