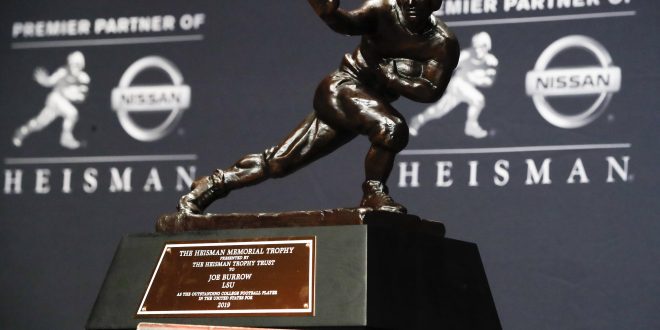 Many have high expectations for Florida Gators’ QB Kyle Trask within the upcoming 2020 season from winning the Southeastern Conference to a National Championship, and even a Heisman Trophy. Yet, Threash believes many are overlooking important factors in evaluating a Quarterback.

“When you’re looking at his box score stats it’s pretty impressive, its easy to fall in love with him. He’s an accurate passer, there’s no doubt about that. But when you’re looking at the grander scheme of things, he had nine big times throws and 22 turn-over worthy plays. Big time throws are of the highest-graded throws and turn-over worthy plays are the lowest graded, so that was a concern. When you have more than double the amount, that’s a huge concern,” Threash said.

Threash also added that five of the big-time throws only had come from 20 or so yard passes. Quarterbacks should create something out of nothing within plays that would make them stand out as a prospect.

“We do like his accuracy but we still need to see a lot more from him,” he said.

Former Wake Forest Quarterback Jamie Newman entered the NCAA as a graduate student and will be playing his final season for the Georgia Bulldogs where he is expected to show success. Threash commented that he has great potential to be a first-round pick.

“I think middle first-round pick. He was pretty underrated, he was one of our top three returning quarterbacks in college football. He’s going to a far more favorable situation. I mean these last two years at Wake Forest, he had the highest rate of complete passes thrown into a tight window. His receivers didn’t really get a whole lot of separation yet he still overcame that,” said Threash.

Threash explained that the 2020 and 2021 quarterback classes are looking like they could be very strong, and produce some interesting evaluations.

“I would say it’s very strong. We actually did an article that ranks the 2020 and 2021 QB classes combined. We had Trevor Lawrence above of Joe Burrow, barely I would say. There was some heated discussion about that. But Lawrence what he does, he is a generational type of guy. I mean we like to throw that around a lot. But this guy is the real deal, he very well could end up being the best prospect we’ve ever seen. You can look at Justin Fields too. He got very overshadowed by Burrow’s season this past year. If we didn’t see this emergence of Burrow we would have talked much more highly of Fields. As a matter of fact, there’s some debate within us too that the analytics are telling us that Justin Fields might be the better prospect, then Lawrence.”

Parker Welch is a Junior at the University of Florida majoring in Sports Media at the College of Journalism & Communications.
@parkerrwelch
Previous Dara Torres Looks Back On Career
Next NBA Board of Governors to vote on resumption of play and format