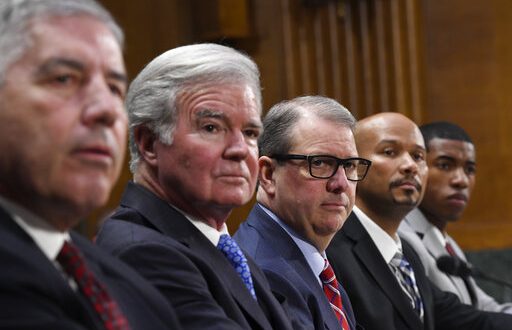 As we enter the Fall semester, fans and athletes are waiting for answers about college sports — especially college football. Some schools have completely canceled Fall sports, while others have decided to push them back.

This will allow each conference to create its own safety guidelines and ensure that everyone in it is following them, without interfering with different rules from other conferences.

Because of this, each school had to add new teams to its schedule. The Big Ten is the only one so far that has released its updated schedule.

Health guidelines and regulations are still being worked on for the season.

The restart of various professional sports has created an idea of what works and what doesn’t when it comes to playing during a pandemic.

The most successful leagues so far seem to be the NBA, WNBA, MLS and the NHL which have been using a bubble for their restart. Because of that, they have reported zero coronavirus outbreaks during their season.

MLB has not been as successful as it has had multiple outbreaks that have caused the postponing of various games.

The NFL will start their training camps soon. This will allow the NCAA to take notes on some guidelines they could use for college football.

No decision yet by NCAA

The NCAA Board of Governors met on Tuesday, Aug. 4, to further discuss the fate of fall sports.

The discussion focuses mostly on whether fall championships will happen. With the modified schedules, conferences seem to have a good enough plan that will prevent their regular seasons from being canceled.

NCAA president Mark Emmert said that they would not be opposed to FBS colleges deciding to have a championship, as long as they find a way to ensure everyone’s safety.

“The determination of our championships would be about whether or not we could bring together large groups of students in these kinds of environments and do it safely. That’s the decision point,” Emmert said.

The NCAA posted an update via Twitter on Wednesday, Aug. 5.

Divisions can decide whether or not they want to have a championship, as long as they follow certain guidelines.

Conferences will also have to obey some rules during its regular season including:

A full list of requirements can be found here.

After deciding to play conference-only games, the Big Ten has now officially announced its schedule. They are the first major conference to release a complete schedule.

The Big Ten will be the first of the Power Five to start its season, with its first game slated on the traditional Week 1.

Week 13 is open for all teams to make up any games that could get canceled by a coronavirus situation or other factors. After that, the league will close its season with the conference championship on Dec. 5.

UConn officially announced Wednesday morning the cancelation of its football season. This makes them the first FBS program to cancel their season due to the pandemic.

“After receiving guidance from state and public health officials and consulting with football student-athletes, we’ve decided that we will not compete on the gridiron this season,” UConn athletic director David Benedict said in a news release. “The safety challenges created by COVID-19 place our football student-athletes at an unacceptable level of risk.”

Huskies football coach Randy Edsall said that this decision was made after consulting with the student-athletes. He ensured that the team was “united” in the decision and will take their off time to further player development.

Students-athletes will still enroll in classes and the resource facilities will stay open and available to them.

There have been no reports of positive coronavirus tests among student-athletes since early July.

Camila is a senior at the University of Florida, who served as a beat writer for the women's basketball team from 2019 until the 2021 season. She was also a beat writer for the Gators football team during the 2020 season. Camila is also WUFT's news director as well as a sports reporter/anchor.
@CamilaMaffuz
Previous Rays Snap Skid; Marlins Return Strong
Next Magic Set to Face Raptors