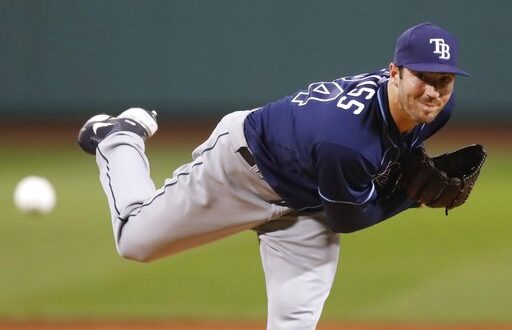 The Tampa Bay Rays will try to get their fifth straight win when they play the Boston Red Sox. They play Wednesday night for the third game of a four-game series.

Tampa Bay’s emerging offense was key to get the win in the first two games at Fenway Park.

Their first victory against Boston featured a season-high 16 hits and eight walks. Because of that, their team batting average increased to from .208 to .222.

The Rays kept that fire going when they grabbed an 8-2 win in their second game against Boston.

This win was fueled by six runs in the seventh inning. Manuel Margot, Brandon Lowe, Yandy Diaz and Hunter Renfroe contributed to the run-producing effort in this inning.

When asked about the productive inning, Rays manager Kevin Cash said that they “needed it.”

“We talked about seeing if we could get on a roll offensively. The guys had some good at-bats (Monday). (Boston starter) Martin Perez pitched a good game against us, but we were able to get to their bullpen and have big at-bat after big at-bat and put a crooked number up there to give us some breathing room,” Cash said.

Blake Snell will take the mound for the Rays for this game. He only threw 59 pitches in his three innings against the New York Yankees last Friday.

The lefty is hoping to work five innings against Boston. In his 10 career starts against the Red Sox, Snell is 5-3 with a 3.10 ERA.

Boston will try to find their rhythm during this game. Their pitching has been unreliable, giving up nine runs in the first two games of the series. They also fell to five games under .500.

Zack Godley will make his third start for the Red Sox. He was able to throw four scoreless innings in his last start against the Toronto Blue Jays.

The right-handed pitcher made two relief appearances against the Rays and recorded a save.

Camila is a senior at the University of Florida studying Telecommunications with a specialization in production and a minor in Innovation. She is also seeking a Sports Management certificate. Camila is also WUFT's news director as well as a sports reporter/anchor.
@CamilaMaffuz
Previous FSU, DeSantis All In On Playing Football
Next Issues That Remain in College Sports