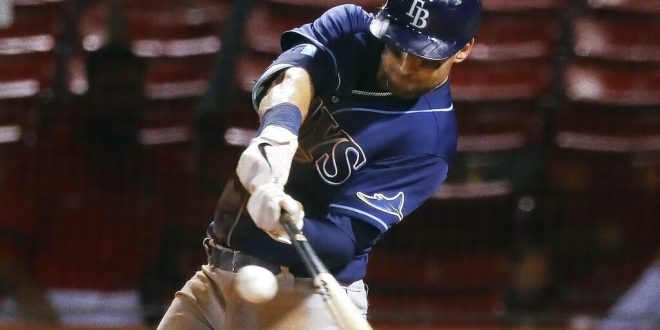 The Tampa Bay Rays completed their four-game sweep of the Boston Red Sox yesterday with a commanding 17-8 win.

Even a wacky drone delay wasn’t enough to stifle the bats for the Rays this weekend. In the third inning, the umpires pointed up to a drone that was hovering above the right-field bleachers.

The game was delayed for four minutes, as both teams headed off the field.

“I didn’t even know the rule,” Rays manager Kevin Cash said. “The Red Sox certainly did. They walked off the field. I heard it was a kid. I hope he didn’t get in too much trouble.”

The Rays will travel to Buffalo to play the Toronto Blue Jays at their alternate site. The Rays are hoping they can carry the momentum of a sweep of the Red Sox into more wins.