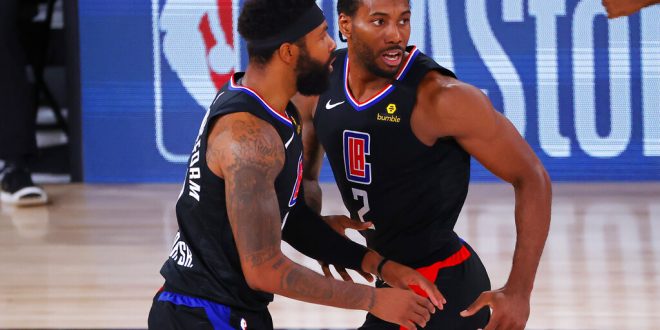 The first night of the NBA playoffs is in the books. The Boston Celtics, Toronto Raptors, Denver Nuggets and Los Angeles Clippers hit the hay with Game-1 victories in the books.

The 76ers finished the first quarter up 26-25. However, a strong second period by Jayson Tatum helped the Celtics take a 55-49 lead to end the first half. Tatum put up a whopping 15 points in just the second quarter.

Going into the second half, the 76ers scorched the court. Philadelphia outscored Boston 30-20 in the third quarter to take back the lead, 79-75. The Celtics would have the last laugh, taking advantage of their opportunities at the charity stripe. The Celtics scored a combined 15 points from the free-throw line. The 76ers had their fair share of opportunities there too, but only mustered nine points from the line.

The Celtics took home the win 109-101. For the Celtics, Tatum finished with 32 points and Jaylen Brown finished with 29 points on the night. Joel Embiid would be the only player for Philly to score 20 points, when he finished with 26.

Embiid said he did not feel he did enough for his team.

Instead of heading to Dinosaur World in Plant City, Fla., most opted for the game between the Toronto Raptors and the Brooklyn Nets. If it wasn’t for a strong third quarter for the Nets, this game would’ve been way more lopsided.

Fred VanFleet led the Raptors in scoring with 30 points on the night. The entire team saw seven players score double-digit points in the winning effort.

OT and All That Jazz

This game was closer than the score shows. After all, the game went into overtime.

The top performance of the night came from a player on the losing team. Donovan Mitchell scored 57 points for the Utah Jazz; 51 of those points were in regulation. However, this would not be enough to beat the Denver Nuggets, and they fell 135-125. Jamal Murray scored 36 points for the Nuggets, including 10 points in OT.

Luka Doncic’s 42-point effort wouldn’t be enough for Dallas, Monday night. They made a game out of it, but the Los Angeles Clippers would be the ones that pulled out a victory 118-110. Kawai Leonard and Paul George combined for 56 points on the night for LA. Tim Hardaway Jr. scored 18 for the Clippers, while Lou Williams put up 14 points off the bench.

Doncic said after the game he needs to work on preventing turnovers.

Upcoming Games in the NBA Playoffs:

Harrison is a sports coordinator at ESPN 98.1 FM/850 AM WRUF. He served as a beat writer for Florida Gators football for the 2019 and 2020 seasons. He also contributes to WRUF's Gainesville Sports Center segments and makes appearances on the Clash on Harp on Sports. Harrison has been a content writer for WRUF since January 2019 as well.
@HarrisonSmaj
Previous Magic, Heat Set for Playoffs
Next Gators Keep Prepping; Some Players Absent