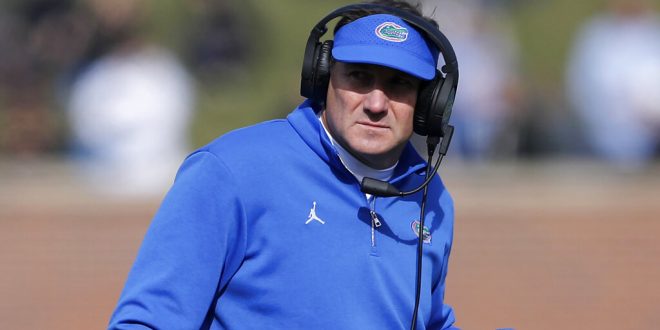 Kickoff times and networks were announced for the first two weekends of the season. In addition, the game times against SEC opponents LSU and Georgia were also announced.

Florida will start the season on Sept. 26 at Ole Miss with a 12 p.m. kickoff on ESPN. The following weekend, the Gators return home to face off against South Carolina in their 2020 home opener. Kickoff is set for noon on ESPN.

Then, on Oct. 17, the LSU Tigers come to Gainesville for a 3:30 kickoff on ESPN or ESPN2. Just a weekend later this year, Florida will face Georgia in Jacksonville for their normal 3:30 start time on CBS.

The SEC and CBS revealed some of the SEC football games that will be aired on CBS this season. The first two weekends were announced as well as four other weekends later this fall. CBS will also air the SEC Championship game this December.

For the unique 2020 season, the SEC requested that TV partners make early game selections where possible to help the Conference and schools with the planning and logistics. Any games that are not selected early will be given the normal 6- or 12-day selection process during the season.

The updated 2020 SEC football schedule will be made up of 10 conference-only games and the SEC Championship game on December 19. The new schedule gives each school one bye-weekend during the season and an open date for all schools on December 12.