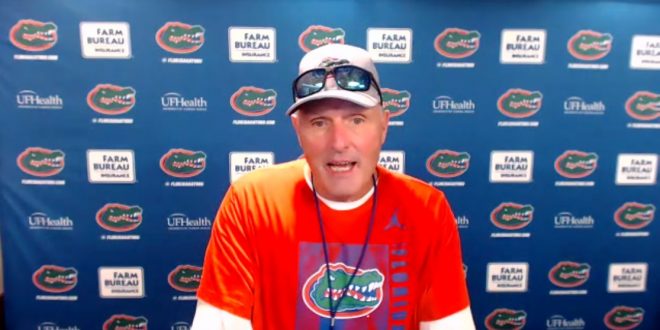 Seven months in, coach Brewster is still thrilled to be apart of the staff. He believes that coaching and mentoring young men is his calling, and his energy certainly matches that.

During the Florida Football press conference via Zoom, Brewster’s excitement for his opportunity at UF showed through.

His drive to join the orange and blue first began with his admiration for Florida head coach Dan Mullen.

Coach Brewster previously worked with Coach Mullen at Mississippi State and has praised him since then. Brewster has bounced around from job to job, so many speculate on how long he will stay with the Gators. His response to that question was simple.

“I’d like to think that I’m good at what I do. I told Scott Stricklin I’m going to stay as long as Dan will have me. I’d like to stay with Dan and win some National Championships.”

Brewster’s experience spans across a 35-year coaching career that includes five seasons as an NFL assistant, a high school head coach in Indiana and served as an assistant at Purdue, North Carolina, Texas, Mississippi State, Florida State, Texas A&M and back to North Carolina. Brewster also served as Head Coach of the Minnesota Golden Gophers from 2007-2010.

The former 5-star prospect announced his eligibility via his Instagram stating; “Finally got the waiver… go time.” Many fans were speculating the fate of his eligibility for the season as Miami transfer Lorenzo Lingard found out in May that his waiver was granted.

Shorter is the highest-rated prospect on the Gators’ roster since they signed five-star recruits CeCe Jefferson and Martez Ivey back in 2015.

Previous Jags ready for the Colts
Next Lightning, Islanders set for Game 3 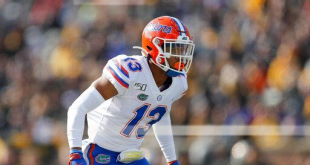 Senior safety Donovan Stiner has been with Florida during its rise back to prominence. He …