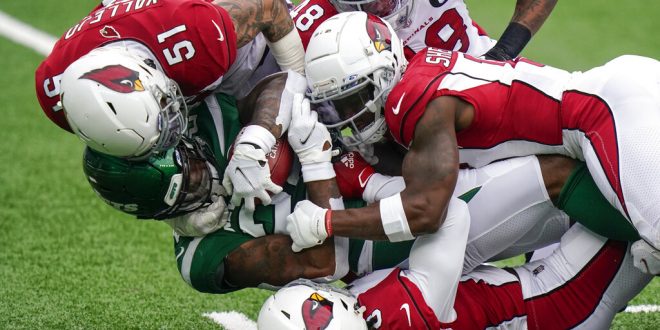 Kyler Murray and the Arizona Cardinals (3-2) take on Andy Dalton and the Dallas Cowboys (2-3) in what is sure to be an interesting Monday Night Football game.

The Cardinals are the favorite to win the matchup with about a 55% chance to win.

Things to Watch For

The Cowboys suffered a huge loss in their offense last week after their star quarterback, Dak Prescott, suffered a season ending ankle injury.

He also had nine touchdowns on the season before the injury.

Andy Dalton will start in Prescott’s place for the Monday night game.

This is not a new experience for Dalton, as he was the starting quarterback for the Cincinnati Bengals from 2011-2019.

Dalton said he believes the offense will manage and he will do his best to keep it running as it was. He does not want there to be any drop off now that Prescott is not playing.

Another key part of the Cowboy’s offense is their star running back Ezekiel Elliott.

Elliott has 364 rushing yards this season along with five touchdowns.

Elliott was determined to score last week after Prescott suffered the ankle injury.

It will be interesting to see if that motivation continues through tonight’s game.

Murray has five rushing touchdowns through his five games played. He is the fourth quarterback to do this since the merger.

Kyler Murray has 5 Rush TD this season, the 4th QB to have 5 Rush TD through 5 games since the merger.

Hopkins leads the NFL with 45 receptions on the season. Moreover, this ties the fourth most receptions through five games in NFL history.

Along with his receptions, Hopkins has 528 receiving yards and two touchdowns.

DeAndre Hopkins has 45 receptions this season; Tied for 4th most through a team’s first 5 games in NFL history.

The most receptions through a team’s first 6 games is 58 by Adam Thielen in 2018.

Cardinals at Cowboys tonight at 8:15 ET on ESPN pic.twitter.com/BET2oJQkUW

The Cardinals’ defense has played well up to now, ranking No.7 in sacks per game with 2.8.

However, many of their defensive players are injured.

All-pro linebacker Chandler Jones will not play the rest of the season with a biceps injury he sustained last week.

Moreover, the Cardinals go into the game with seven other defensive players on the injury report, among them are three other linebackers.

Arizona is one of the teams that lead the NFL in penalties while the Cowboys are in the middle.

According to Arizona head coach Kliff Kingsbury, it is unacceptable to have so many penalties when it is something you can control.

To follow, he said pre-snap penalties are especially frustrating.