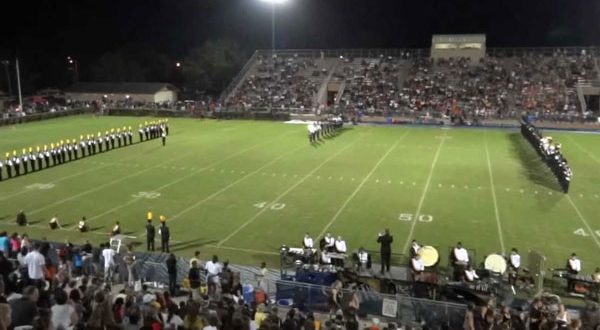 Citizens Field prior to the start of a game. (Photo from Gainesville Sports Commission)

The Buchholz Bobcats (6-1) take on the Creekside Knights (5-3) in the first round of playoffs on Friday at 7:30 pm at Citizens Field. in Gainesville.

Buchholz visited Creekside two weeks ago for a non-conference game where they celebrated a 49-27 victory. The Bobcats hope for similar dominance this week, but coach Mark Whittemore knows that it will be a tough matchup.

“You just don’t know what you’re gonna get from the other opponent,” says Whittemore. However, “we’re advised in our own history about how to deal with the situation.”

Although Creekside has three losses this season, those games have been close, so they have the potential to rally against Buchholz to advance to the second round of playoffs.

Fans should see more of senior running back Quandarius Smith this week, who has exceeded expectations this season. Coach Whittemore raves about him.

“[Smith] is a phenomenal athlete, phenomenal kid, phenomenal teammate, just a true Bobcat. He supports his teammates, he runs like a house of fire, and he’s kind of a once in 10 years type kid.”

Smith has an offer from the University of Michigan to play college ball.

Check out my highlight – https://t.co/TL5DCPWMDn

Alongside friends and family, Buchholz has some notable alumni cheering on the Bobcats this week, including Lamar Thomas. Thomas was a wide receiver for Buchholz from 1984-1988 before heading south to the University of Miami. There, he played football, basketball, and ran track. Thomas played in the NFL for eight seasons before continuing his career as a wide receiver coach.

Fortunately, these schools are not affected by the COVID wave that is sweeping through both high school and college sports locally and nationally. The FSHAA State Championship bracket saw many forfeits this week. Nationally, five top 25 NCAA college football matchups have been disrupted this week due to COVID-19 breakouts.

This season has been unlike any other, but the Bobcats have persisted through the adversity of 2020 to complete the regular season with only one loss. Buchholz is ready to take on playoffs with hopes to win the state championship for the first time since 1990.

Mariel White is a Sports Management student at the University of Florida.
Previous Rookie Quarterbacks Set to Duel in Miami
Next Saint Francis visits Foundation Academy for Class 2A Football Playoffs 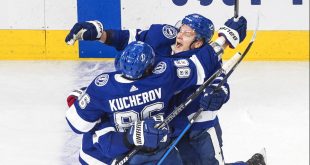 Lightning take 2-0 lead in series against the Panthers