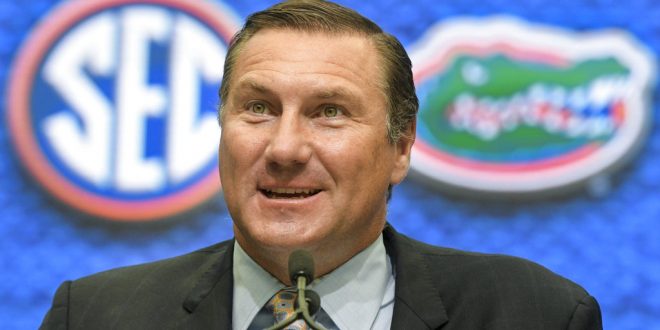 According to 247Sports’ recruiting profile on Del Rio-Wilson, the quarterback brings great arm strength and the ability to run the ball when needed.

According to Mullen, both of these quarterbacks could have the chance to battle for a back-up spot starting the day reach campus.

The work of Kyle Pitts and Kadarius Toney have established the power of the mismatch a Mullen-led offense can create.

The addition of tight ends Gage Wilcox and Nick Elksnis are exactly what Mullen hopes to develop into the next pair of playmakers.

Despite the questions currently surrounding the Florida defense, this 2021 class is a complete defense according to Mullen.

The Gators defense gained a huge recruit in former JUCO player Diwun Black. The linebacker went to Mississippi Gulf Coast Community College but had originally signed with the Gators out of high school and he’s the kind of defensive playmaker Mullen wants on his program. After taking a two-year JUCO stint, the linebacker comes in ranked number one at the position by 247Sports.

Furthermore, Mullen gives credit to Black and his abilities as a leader.

The Florida defensive line gained some power up front in defensive tackles Desmond Watson and Christopher Thomas. According to Mullen, he says these two could be the ones who make the quickest impact due to their athleticism.