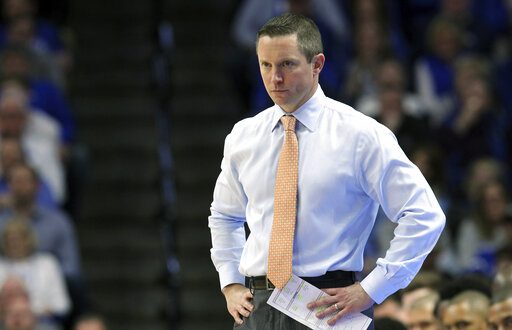 It is time for one of the biggest games of the season for the Florida Gator men’s basketball team, just a little bit early this year. The Gators face off against the Kentucky Wildcats today for their fourth SEC matchup of the season.

However, this year’s first matchup will be a bit different. Typically among the top-ranked teams in the nation, Kentucky is having an off start to the season, starting 3-6. They have been on the rise though, winning their last two SEC contests.

The Gators (5-2) dropped their last matchup against Alabama, earning both of this season’s losses on the road. The only opponent the two teams have shared this far has been Vanderbilt, who the Gators beat convincingly by 19 points, while the Wildcats narrowly won by one possession.

After missing the first nine games of the season with a leg injury, Brooks has been cleared and will be available to play against Florida today for Kentucky. Although Brooks has been conditioning and participating with the team in non-contact drills, Thursday was his first full practice since the injury.

The presence of Brooks should give the Cats a big boost on both sides of the ball. However, assistant coach Jai Lucas did say on Friday that Brooks would be eased back into the lineup.

Brooks averaged 4.5 points and 3.2 rebounds in 31 games (six starts) as a freshman in 2019-20. He shot 47.2% from the field to go along with 13 blocks and 11 steals. He had five double-figure scoring games, including his final game of the season at Florida.

Even though the Gators will be without star forward, Keyontae Johnson for the rest of the season, other big names for Florida have been stepping up big. Florida is led in scoring, rebounding and assists by sophomore guard Tre Mann. However, it isn’t just a one-man show.

Scottie Lewis is also having a stellar start to the season, averaging 12.3 points, 4.6 boards, 1.6 blocks and 2.1 assists per game. Lewis had a huge game against Kentucky last year, scoring 19 points and bringing in two steals.

Michigan transfer, Colin Castleton, has also brought a surge of hope into the Gators team after losing Johnson. In the three games since Johnson was lost, Castleton has averaged 19 points, 6.3 rebounds and a block per game.

Both teams will be looking for a big win today, so it will not be an easy matchup for either side. The Wildcats have won four straight games in the series. In the past, this game has always been close despite records. Both teams bring their A-game when playing one another and today will be no different.

Previous Thomas, Lazzari Shine in No. 1 Florida Gymnastics’ Win Over No. 14 Auburn
Next Wildcats Plow Through Gator Men’s Basketball 76-58