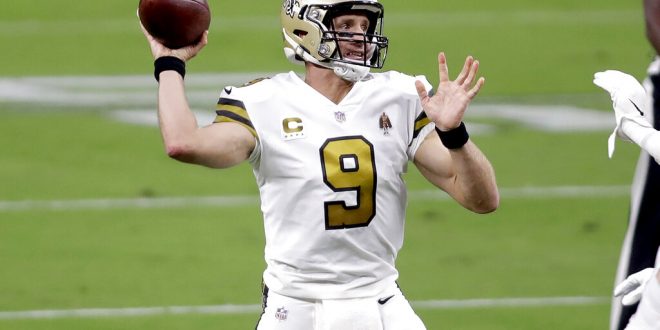 The rule of three: that phrase that signifies that everything is perfect. The New Orleans Saints should keep this in mind, as they head into their playoff game against the Tampa Bay Buccaneers.

Why does the rule of three apply? Because the Saints won both games against the Bucs in the regular season. A win this week means a clean three-game sweep for the season.  The Bucs see this game as “third time’s the charm”–they finally get a win against New Orleans.

If the Saints want to show they are worthy of their first title in a decade, they have to show the rule of three beats third time’s the charm.

Tom Brady and Drew Brees spent almost two seasons battling to see who would retire with the all-time passing records.

Following Brees injury–broken ribs and a collapsed lung–Brady is likely going to finish with all the records. He has at least one more year in Tampa Bay, and this is probably Brees’ last year. That does not mean Brees cannot go out beating his rival one last time. Even if Brady is “The Goat,” Brees can go out with the last laugh.

In two games against the Bucs, Brees has six touchdown passes and no picks. His o-line has given him plenty of support, and he was only sacked twice–once in both games.

But, some might add, this is post-injury Drew Brees. He is not the same. That might be true but it has not made much of a difference. Brees only has had one legitimately bad game since returning, when he three zero touchdowns and two picks against the Vikings. In the other three games, he has eight touchdowns, one pick and 700 passing yards.

The Defense Needs to Step Up Again

In both games against Tampa Bay, New Orleans was able to win decisively because of the strong performances on defense. The defense forced three turnovers in both games. Five of those six turnovers came from Brady throwing interceptions–one of which was returned for a touchdown. The Saints also sacked Brady six times, three in each game.

In the second game, the Bucs could only score three points.

Those are the keys to completing the rule of threes: keep Brady down and keep Brees up, and they will see themselves a win away from the Super Bowl in their rival’s home stadium.

Harrison is a sports coordinator at ESPN 98.1 FM/850 AM WRUF. He served as a beat writer for Florida Gators football for the 2019 and 2020 seasons. He also contributes to WRUF's Gainesville Sports Center segments and makes appearances on the Clash on Harp on Sports. Harrison has been a content writer for WRUF since January 2019 as well.
@HarrisonSmaj
Previous Florida Women’s Basketball Loses In Near Miss To No. 17 Arkansas
Next Chiefs Look to Repeat Last Season’s Super Bowl Run