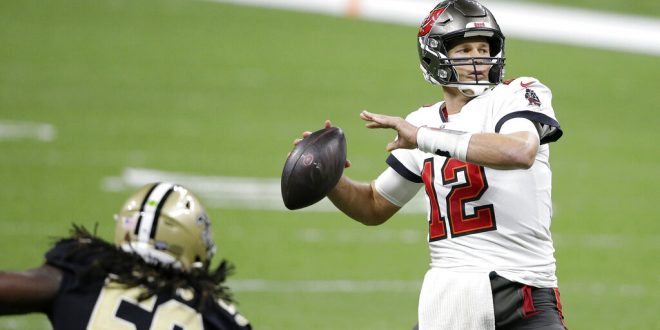 The Bucs travel on the road to frigid Lambeau Field for the oldest quarterback matchup in NFC Championship history. Tom Brady, 43, takes on Aaron Rodgers, 37. The forecast calls for snow with temperatures in the upper 20s. Both quarterbacks have historically been great in cold weather matchups. This one will decide who goes to the Super Bowl in Tampa.

Brady and Rodgers set the stage

Aaron Rodgers and the Green Bay Packers were here last year when they played San Francisco. Rodgers talked about how he is thankful to be on this stage again.

Rodgers is 1-3 in his four NFC Championship starts with the most recent loss being a 37-20 blowout to the 49ers. Rodgers is convinced the Packers are a different team from last year.

Tom Brady and the Tampa Bay Buccaneers also enter this game playing their best football of the season. Brady knows how much of a challenge playing on the road will be, and welcomes it.

This will be Brady’s 14th conference championship appearance. He went 9-4 in AFC Championship games and will look to get his first win in the NFC on Sunday.

Defense could be the key

In a game that features two legendary quarterbacks, whichever team’s defense makes the most plays might be the deciding factor.

The Packers ranked 5th in the NFL in total defense, while the Bucs were 7th on the list. Also, the Bucs ranked 2nd in the league in pass defense, allowing 289.1 yards a game.

Aaron Rodgers talked about how difficult it will be facing Todd Bowles’ Tampa Bay defense.

With a win Sunday, the Tampa Bay Buccaneers would become the first team to host a Super Bowl. However, Bucs fans aren’t thinking about that now. As Head Coach Bruce Arians said earlier this week, “You start thinking about the Super Bowl, you get your ass beat…”

Bruce Arians on practicing a few hundred yards away from where Super Bowl 55 will be held:

"We're not playing that game this week. That's the message. … You start thinking about the Super Bowl, you get your ass beat and start packing your bags." pic.twitter.com/tHRmbQle7b