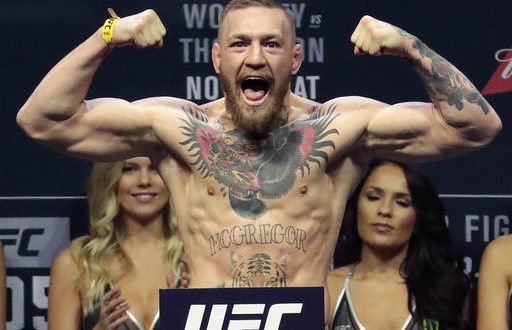 The rematch between Connor McGregor and Dustin Poirier for UFC 257 on Saturday is official after both fighters were successful in making weight for the 155-pound lightweight division.

A former undisputed lightweight champion, this is McGregor’s first fight since Jan. 18, 2020, where he knocked out Donald Cerrone in the first 40 seconds of the fight. Poirier enters the octagon for the first time since winning a unanimous decision against Dan Hooker on June 27.

On Sept. 27, 2014, McGregor knocked out Poirier in the first round. The win was part of a 14-fight win streak, which included five title fights, that the Irishman had at one point in his career. Despite the good effort, Poirier is trying to avenge one of just six losses throughout his career. Take a look at some of the highlights from the 145-pound featherweight bout that happened almost six years ago.

McGregor’s return to the octagon is of course met with controversy. He retired from UFC again in June 2020 citing that he was bored of the sport. Although, ever since his loss to Khabib Nurmagomedov in 2018, McGregor has appeared more humble in press conferences, weigh-ins and to the media. This is evident in his explanation on why he’s Poirier again and his attitude Friday morning.

This is just the third lightweight fight McGregor has fought in throughout his career. His first was in 2016 when he knocked out then-champion Eddie Alvarez. The second was in 2018 when he lost to Khabib. Despite the long layover since his last fight, McGregor says he is in the best shape of his life. He adds that he’s in the ideal frame to make a run at the 155-pound mark.

No matter which way it goes, this fight is expected to be exciting nonetheless. McGregor is currently a -320 favorite (risk $320 to win $100)while Poirier is a +260 underdog (risk $100 to win $260). Take a listen to what UFC President Dana White has to say ahead of the fight. 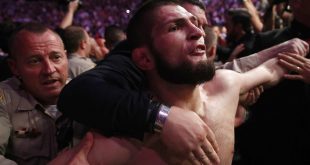 UFC 229, Khabib Nurmagomedov was on a mission to defeat trash-talker Conor McGregor at his …