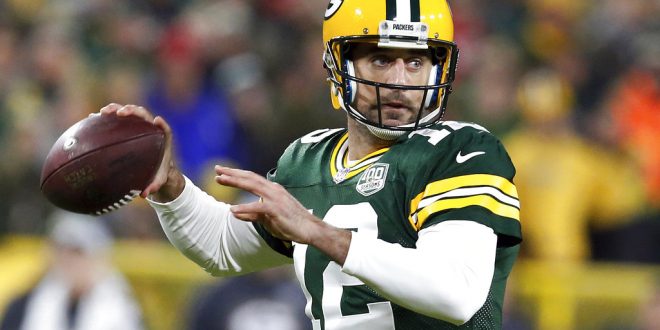 The air was cold. The lights shown brightly. Socially-distance fans decorated in green and gold.

It was Aaron Rodgers’ fifth appearance in an NFC Championship. It was in Lambeau Field. He waited 13 years for this moment, a chance to win the NFC at home. Though, it was not a happy ending for Rodgers or Packers’ fans.

His last NFC Championship victory was in 2012. His entire career may have been riding on Sunday’s game.  After Sunday’s 31-26 to the Buccaneers, Rodgers became the first quarterback in NFL history to lose four straight NFC Championship games. Despite his only one Super Bowl win, Rodgers is still considered one of the best quarterbacks to grace the field.

Following the game, Rodgers was asked about what is next for Green Bay. He left things up in the air with football fans uncertain what his future may be.

The 37-year-old quarterback is under contract through 2023 via the contract extension he signed in 2018. However, his future was questioned when general manager Brian Gutekunst traded up to drafted Rodger’s potential replacement in Jordan Love. ESPN’s Adam Schefter weighed in on the uncertainty.

Even with this, head coach Matt LaFleur stated he “sure as hell” hopes Aaron returns following the game. LaFleur also dubbed him the “MVP of this league.”

So, he has lost the past four appearances in the NFC Championship. But, this season has been an impressive one, to say the least. He threw 51 touchdowns with only five interceptions. Additionally, he compiled over 4,000 yards and a 70.7 percent completion. With one of his best years, this loss is nothing less than devastating.

What’s next for Rodgers is unknown, but one thing is for sure–there will be a Super Bowl. The Tampa Bay Buccaneers became the third Tampa Bay team to head to go to a championship game this year. They will host the Kansas City Chiefs on Feb. 7.