Home / NFL / The Chiefs Road to the Super Bowl 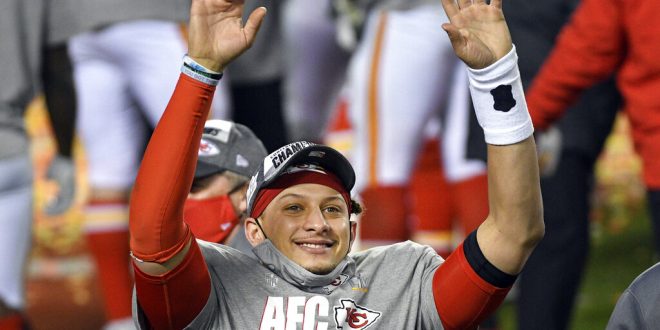 The Kansas City Chiefs are heading back to the Super Bowl after their 38-24 victory against the Buffalo Bills in the AFC Championship Game. This is the Chiefs’ second-consecutive year heading to the Super Bowl.

WE'RE GOING BACK TO THE SUPER BOWL!!!!!! pic.twitter.com/fVfCJNQhkr

Most of the chiefs’ success falls on the shoulders of the power trio consisting of quarterback Patrick Mahomes, wide receiver Tyreek Hill and tight end Travis Kelce. Kelce even set a record for receptions in a conference championship game during Sunday’s matchup.

Mahomes threw 325 yards and scored three touchdowns, as well as completed 29 of his 38 passes. Kelce scored two touchdowns and had 13 receptions for 118 yards, while wide receiver Tyreek Hill had 9 catches for 172 yards.

The game started out slow for the Chiefs. After a Mecole Hardman muffed punt, the Bills had a 9-0 lead going into the second quarter, until the Chief’s offense found its groove. Bill’s quarterback Josh Allen was not on his game. After being sacked, Allen even threw a ball at Alex Okafor out of pure frustration.

“Every game situation that you’re in, you learn something. This one is not going to be fun watching over, it’s not fun falling a game short of the Super Bowl. One team had to win, and one team had to lose…That’s the gist of it. We didn’t play good enough to win tonight. It’s going to fuel us, I have no doubt in my mind that we will be back.”

"It's going to fuel us. I got no doubt that we will be back. We're close."

Josh Allen on what he's taking away from this season #BILLSMAFIA pic.twitter.com/Lk4b22rLmF

Kelce explains that the main reason for his team’s success on the field is their strong quarterback.

“We just had the quarterback back there that could make all the right plays and all the right throws and sure enough today he was just flawless. And it led us to victory.”

In the battle of the quarterbacks, Mahomes is excited to be competing against Brady for the Lombardi Trophy.

Mahomes attributes Sunday’s success to the Chief’s Coaching staff, as well as his two right-hand men.

The Chiefs and Bucs are set to go head to head on Feb. 7. 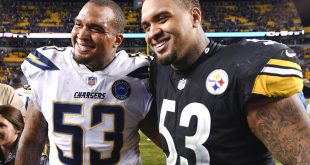