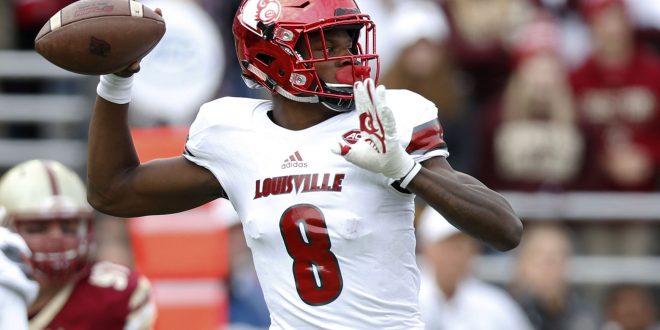 You probably saw the same posts on social media for years. Those went something like this:

“Bro, remember NCAA Football? They need to bring that back.”

“This was better than Madden. It was my childhood. I hope it comes back one day.”

“Man, it was so funny being able to make Rutgers a national champion lol.”

The need for nostalgia is no more because the game is coming back. Dust off those PS4 and Xbox controllers–or PS5 and Xbox Series X, because those old consoles might not have new games by the time this comes out.

Breaking: EA Sports is rebooting its college football series for Next Generation consoles.

The announcement ends the hiatus that the game has taken since then-Michigan QB Denard Robinson appeared on the cover of NCAA Football 14. pic.twitter.com/rMniJUDDeW

The video game series had its original run from 1993 to 2013. The game went other multiple names including “Bill Walsh College Football” and “College Football USA” before becoming NCAA Football in 1998.

It will be called “EA Sports College Football” whenever it comes back. Actually, we don’t know when it’s coming back–we just know it is. One thing is guaranteed so far, however, and that is Ball State will be in the upcoming game.

We’re in the game!

Why You Still Have to Wait a While to Play It

Keep this in mind: The last game came out in 2013. That’s almost a decade ago, and the game was released on PlayStation 3 and Xbox 360–also known as your elementary and middle school video game consoles. EA Sports needs to rebuild these games with updated graphics and new engines from the ground up. Even if EA only included FBS and FCS teams, for example, that is 130 teams to create–98 more than a Madden development team has to create.

Most importantly, you can argue, is if real players will be included.

As more NIL legislation comes out in different states, it could incentives EA to start getting permission to use real players. But then there’s the issue of being able to use some players and not others. Do bigger college players get paid more than others? This isn’t the same thing as making an agreement with the NFLPA to use every player.

All of these factors could potentially delay the release of this game.

So, for now, that old scratched-up copy your parents bought you for your 12th birthday is all you have. But that is going to change. When? No clue. But it will.

Harrison is a sports coordinator at ESPN 98.1 FM/850 AM WRUF. He served as a beat writer for Florida Gators football for the 2019 and 2020 seasons. He also contributes to WRUF's Gainesville Sports Center segments and makes appearances on the Clash on Harp on Sports. Harrison has been a content writer for WRUF since January 2019 as well.
@HarrisonSmaj
Previous J.T. Realmuto Re-Ups With Phillies
Next Arkansas Defense Forces 26 Turnovers; Defeats Mississippi State 61-45