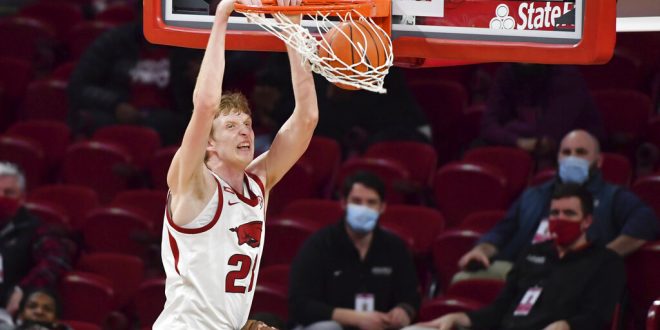 The Arkansas Razorbacks (14-5, 6-4 SEC) beat the Mississippi State Bulldogs (10-9, 4-6 SEC) 61-45 Tuesday night in men’s college basketball. The win snapped a six-game losing streak for the Razorbacks against the Bulldogs.

Mississippi State began the game on a 16-3 run, but Arkansas quickly countered with a 25-6 run of their own. This allowed the Razorbacks to take a 28-22 lead into halftime. Despite the early defensive struggles, the Razorback defense halted the Bulldog offense for most of the game, forcing 26 turnovers and causing the Bulldogs to shoot 31% from the field.