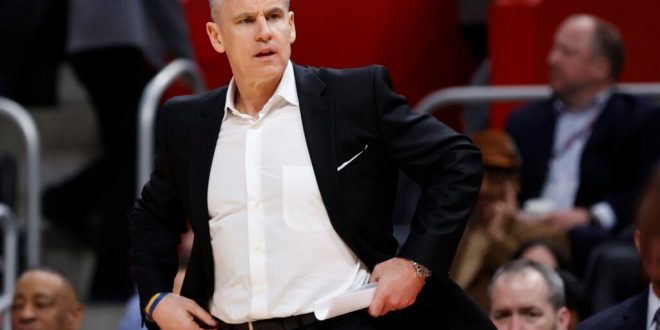 The Gator legend has Chicago heading towards greatness for the first time in over 20 years.

The Chicago Bulls are heading towards greatness, thanks to Gator great Billy Donovan.

When the former Florida head basketball coach took over the reins in Oklahoma City, some questioned his ability to make the jump from college ball to the NBA. All Donovan did as head coach of the Thunder was lead them to five consecutive playoff appearances, including in the 2019-20 season after Oklahoma City traded away long-time fan favorite Russell Westbrook and all-star Paul George. When many thought the Thunder were tanking, Donovan took a team led by an aging Chris Paul and Shai Gilgeous-Alexander to the fifth seed in the western conference.

Now, the all-time winningest coach in Gators history is doing it again; this time in the Windy City.

Donovan took over as the head coach of the Chicago Bulls in September, and his fingerprints are already all over the organization. The Bulls offense finished last season as the 27th ranked offense in terms of points per game (106.8). Through 20 games under Donovan, they are ranked seventh (114.8). Their field goal percentage has risen as well, going from 44.7% last year to 47.7% this year.

One of Donovan’s biggest appeals dating back to his Florida days has been his suburb player development skills. Young players like Wendell Carter, Colby White and Lauri Markkenan have shown remarkable improvement, while other veterans like Otto Porter Jr and Zach Lavine are having career years as well.

Chicago currently sits just below .500 at 8-12, but they had a brutal first part of their schedule. The Bulls drew two matchups against the reigning champion Los Angeles Lakers, as well as games against the LA Clippers, the Boston Celtics and the Milwaukee Bucks. They had some statement wins in the early part of the season, beating the Dallas Mavericks twice and the Portland Trail Blazers.

Chicago has a much lighter stretch coming its way, however, starting Friday with a back-to-back against the struggling Orlando Magic. Five of its next seven games are against teams that did not make the playoffs last season: Orlando, the Washington Wizards, the New Orleans Pelicans and the Charlotte Hornets.

As previously mentioned, Zach Lavine is having the best season of his career. Averaging the 10th most points in the league (26.5), Lavine is dangerously close to joining the exclusive 50/40/90 club. The club is reserved for players who shoot 50% from the field, 40% from three and 90% from the free-throw line. Lavine’s current split? 50.8/40.1/88.6. To put it bluntly, Lavine is doing something no Bull has done since Air Jordan himself.

The only other Bull to average those numbers: Michael Jordan.#NBAAllStar pic.twitter.com/rER0zUhFzS

Lavine likes what he is seeing from his team and is excited for the future of the Bulls franchise.

Donovan has the stars of the team buying into his program, which is essential for a coach. He has shown some glimpses of success over the first third of the season. Now, Chicago needs to put it together.

They still have a long way to go, but the Bulls have the right man at the helm, as Donovan has the Bulls heading towards greatness, something this team hasn’t experienced in over 20 years.

Michael Hull is a sophomore at the University of Florida and is currently studying Journalism & Sports and Media.
@Michael_Hull33
Previous Gator Gymnasts Thrive With “Stick Chain”
Next Ron Rivera talks about Washington Football Team’s Future