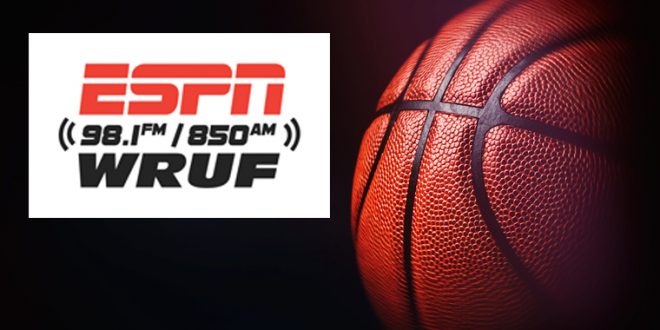 As Florida prepares for another SEC Tournament, Pat Dooley of The Tailgate radio show takes a look at a half-dozen (plus one) moments he will never forget. They are not all good times, but they were certainly interesting.

The first one is always the most emotional. I remember walking in 2005 with my friend Steve Hummer of the Atlanta Journal Constitution outside the Georgia Dome after the semifinals. There was a ticket booth for students of both finalists. One for Florida. One for Kentucky. The kids were waiting for the windows to open so they get tickets for the big game.

The Kentucky line was massive. There were two young men in the Florida line. I immediately called my editor to add that to the story as a way of showing what Florida would be facing Sunday. This was Cat-lanta, after all.

And when the Wildcats started a rally, the place was going nuts. But then, something marvelous happened. Matt Walsh hit a three and then another and David Lee grabbed every Kentucky miss as if his life depended on it (he finished with 17).
And Florida won its first SEC Tournament title.

The celebration was spectacular. I went looking for Jeremy Foley in the bowels of the arena and spotted him walking the other way. I kept calling his name. He finally turned around.

Tears weren’t trickling down his face. They were gushing. I didn’t need an interview anymore.
That told the story.

I could write about this forever and that’s pretty much what I did for four days. Florida was already back in Gainesville in 2008, but I stayed for the whole tournament. And on a Thursday night, I was covering the Miss. State-Alabama game when I heard this roar. It sounded like someone was trying to land a helicopter on the roof of the Georgia Dome.

I asked the guy next to me, “Why isn’t that noise stopping?” And then catwalks started swaying and things started falling and then a bolt from the ceiling landed next to my computer. I was heading under the desk when it stopped.

What followed was the most surreal thing I’ve ever experienced from walking back to the hotel and having to step around crumpled metal and glass to watching the tournament continue at Georgia Tech in front of a limited number of fans to watching a Georgia team that was the worst in the league win four games in three days.

Florida had won 25 straight games and had become the first SEC team to go 18-0 in league play when it prepared to face Kentucky in the SEC Final. The day before the game, UK coach John Calipari said it was “an honor” to play against this Florida team.
It was quite a game but Florida looked to be in control, up 10 at the half and 16 early in the second half. But some missed free throws late gave Kentucky a chance.

The Wildcats had the ball out of bounds for one last shot, but after the Cats dribbled the clock down, they handed the ball to James Young, who slipped trying to turn the corner too fast. Scottie Wilbekin and Kentucky’s Andrew Harrison both hit the ground going after the ball and the buzzer sounded. Wilbekin raised a fist in the air while still on the floor, then got up and danced the length of the court to celebrate.
It was, as the kids say, pretty cool.

4. The beginning of it all.

The night before I went to Nashville to cover the SEC Tournament, I was covering the Florida-FSU baseball game and my daughter Kelsey came to the press box with sanitary wipes and vitamins for my trip. She also tried to talk me out of going.
OK, sweetie, it’ll be fine.

Sheesh. What a dummy. I was there for one game, then went to a hastily-called press conference in the arena where Greg Sankey told us no fans would be allowed at any more games.

The next day, sports shut down. So, did most of the rest of the world. It was my scariest ride ever in a plane coming home. It’s difficult to believe it has been a year.

Lee Humphrey was known for his three-point shooting. But on this night in 2004, it wasn’t a three that mattered.

In fact, I can’t remember if it was still considered night or early morning.

It was the last game on a Friday night and the tourney had been pushed back because of other games that went long. It looked like Anthony Roberson had won it on a three at the buzzer, but the game went to overtime because it was ruled to have left his hand after the horn sounded.

In the overtime of a tie game, Humphrey became the unlikely hero. I say this because he was scoreless. But he got the ball as the clock was expiring and launched a fallaway 17-footer that swished through and gave Florida a 75-73 win.

And somehow, I made deadline.

In 2007, Florida’s defending national champs were struggling to find their mojo late in the season. Taurean Green’s dad Sidney visited the Gator boys and showed them a tape of how they used to play with joy and enthusiasm the year before.
That was bad news for the rest of the SEC.

Florida never trailed – not even 2-0 – in the three games of the tournament, blitzing the field and winning UF’s third straight title.
But the best memory was the dance Joakim Noah did while the Gator band cranked up the fight song. It went on forever with Verne Lundquist, waiting to do an interview, saying repeatedly, “Ladies and gentlemen, Joakim Noah.”

He called it his “stickety dance.” It still makes me smile to see the highlights.

The 2006 championship game was not a work of art. South Carolina knew how to defend the Gators and the score was tied at 47 with 20 seconds left to play when Florida called time out.

Billy Donovan designed a curl play with Corey Brewer coming around a screen and just trying to get the ball up on the backboard. Which is what he did. Noah grabbed the rebound and put it in with 13 seconds to go.

South Carolina missed a three on the other end and Renaldo Balkman grabbed the rebound and shot. Noah blocked it, the horn sounded and Noah sprinted to Donovan. Billy D had been having back problems but Noah wrapped him in a bear hug.

“Jo. My back! My back!” screamed Donovan.

Of course, that team would go on and win the first of two NCAA titles.