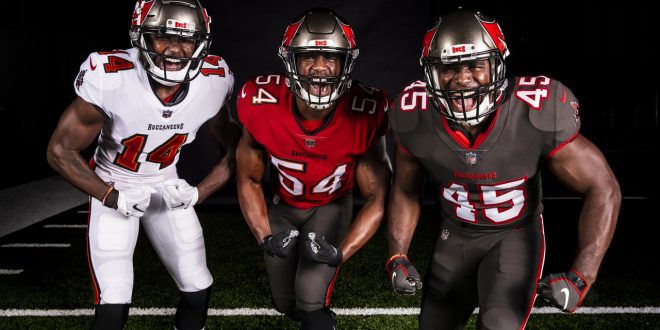 The Tampa Bay Buccaneers announced they used their franchise tag on receiver Chris Godwin on Tuesday.

Godwin was a third-round draft pick by the Buccaneers in 2017 and slowly worked his way up. In the 2019 season, Godwin made a name for himself securing his full-time starting position. Within the same season, he reached the Pro-Bowl and established himself as one of the league’s most consistent wide receivers.

Godwin holds the third-highest receiving percentage in the NFL at 74%  behind Michael Thomas of the New Orleans Saints and the Seattle Seahawks Tyler Locket. Godwin’s 0.5% drop percentage over the past two seasons is among the lowest in the NFL.

“It’s not bad paying two No. 1 receivers, that’s for sure when they’re as good as our two No. 1s,” coach Bruce Arians said last month.

Godwin also has no complaints heading back to his Super Bowl-winning team. He exclaimed last month that winning makes him happy and he wouldn’t consider heading anywhere else no matter the price tag.

“I’m not going to put myself in a situation where I’m going to be miserable for some years to come just for a couple of extra dollars,” Godwin said

The good news came to the Buccaneers just hours after tagging Godwin. Tampa Bay agreed to a $25 million deal with Lavonte David keeping one of the league’s best linebackers from becoming a free agent.

Tampa Bay has been home to David for the past 9 years but hasn’t seen much success until this past year. He was drafted by the Buccaneers in the second round of the 2012 draft and has since had silently been one of the league’s better inside linebackers.

David, 31, has held the title of captain for seven consecutive seasons and has been one to look up to in the locker room. He is also credited for the success of the breakout season for Devin White in 2020.

Tampa Bay has now been successful in crossing off two major players on their off-season checklist. Next, they focus on securing rusher Shaq Barrett.