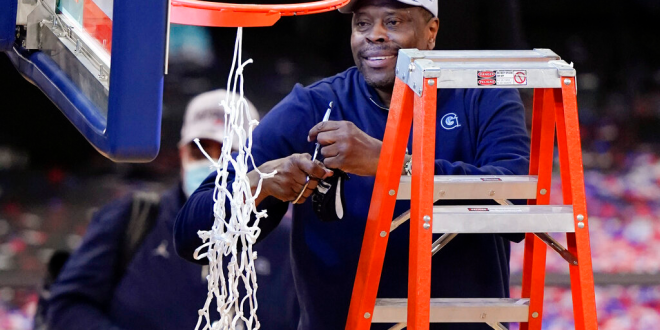 Ewing gets Georgetown back in the NCAA tournament

No. 33 hangs proudly from the rafters in Madison Square Garden. Patrick Ewing, the former first overall pick in 1985, spent 15 seasons playing in New York. While his Hall of Fame playing career is over, he just had another incredible moment in MSG.

Somehow the Hoyas found themselves in the Big East Championship game against no. 17 Creighton. The Hoyas dominated in the Garden, just like their head coach used to. Georgetown handed the Bluejays a convincing 73-48 loss.

With the Big East title on the line, Ewing’s 12-12 Hoyas completely outplayed Creighton. At one point, they went on 23-2 run to go into halftime leading 36-16. By securing the title, the Hoyas will return to the NCAA tournament for the first time since 2015.

This could not have been written up any better. Ewing coaching his alma mater, playing in the arena of the team that drafted him and on the anniversary of the late John Thompson’s hiring.

On this day in 1972 we hired Coach Thompson to lead our Hoyas.

49 years later our team, led by his protege, has won the Big East Championship and will head to the NCAA Tournament. Congratulations Coach Ewing. Hoya Saxa! pic.twitter.com/R0Rgvvimoy

The legendary Hall of Fame coach began was hired on March 13, 1972. Exactly 49 years prior to the game against Creighton on Saturday night. He brought home the Hoyas’ first NCAA Title in 1984. Ewing was on that team.

This past summer, Thompson died in August. The Hoyas legend left behind an incredible legacy, and Ewing is doing his to best carve out his own legacy. On Saturday night, the Hoyas led Ewing to his biggest career coaching win. After the game, Ewing talked about how much it meant to happen in this stadium and on the anniversary of Thompson’s hiring.

Georgetown received the 12th seed in the east in the NCAA tournament after finishing with 13-12 record. They will play fifth-seed Colorado. The Buffaloes record is more impressive at 22-8. However, Georgetown ended the season as strong as anyone and should not slept on entering the tournament.

The Hoyas are on a three game win streak that includes wins over Villanova and Seton Hall. 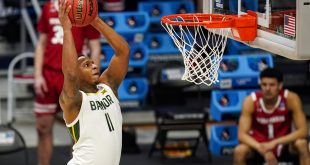 Baylor vs. Arkansas: Preview and Predictions