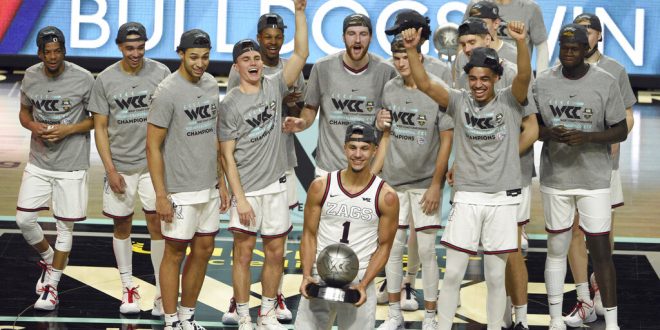 No.1 Gonzaga Looking to Make History in NCAA Tournament

With a longer season than college football, undefeated champions in college basketball are much more unlikely. The last time a team finished the NCAA Tournament as champions with a perfect record, Gerald Ford was the President. Despite the odds, the No.1 Gonzaga Bulldogs enter the Big Dance with an unblemished 26-0 record, and hopes of capping the season with a championship.

Ready to Win it All

The ‘Zags are very familiar with this stage. Head Coach Mark Few has led his team to 22 consecutive NCAA Tournament appearances, and it has made the Sweet 16 the past five years. Gonzaga has nearly got over the hump before, losing to North Carolina in the National Championship in 2017. Now, with the experience of making it all the way but coming up short, Few believes that his team is ready.

The Bulldogs, clearly, will be a Goliath-esque matchup for any team that meets them in Indianapolis, the city where the March Madness bubble is located. The team benefits from elite depth. Freshman Jalen Suggs, an NBA Lottery hopeful, is the third-highest scorer on the team. He trails sophomore Drew Timme, and leading-scorer senior Corey Kispert. Former Florida Gator Andrew Nembhard also provides scoring for Gonzaga, averaging nine points per game.

The target of the nation has been on Gonzaga’s back for most of the season, yet no team has been able to knock off the Bulldogs from Spokane Washington. With the season coming to a climax, the team’s thirst for success is not quenched. Few notes that his team is appreciative of the success they have had thus far, but an undefeated regular season is not the team’s end goal.

The last time the NCAA Tournament crowned an undefeated champion was in 1976. Head coach Bob Knight led the Indiana Hoosiers to a 32-0 record. Few, who remembers watching the team himself, is now hoping to accomplish the same thing that team did. With elite coaching, scoring and depth, the Gonzaga Bulldogs have as good of a shot as anyone to do it.

Carson Cashion is a first-year student at the University of Florida, and has a major in journalism- sports and media. Originally from the Orlando area, Cashion covers the UF Gymnastics Team, having formerly covered Oak Hall Sports.
Previous NFL Free Agency is Off and Running
Next Mullen Talks Spring Football Ahead of Saturday’s Scrimmage 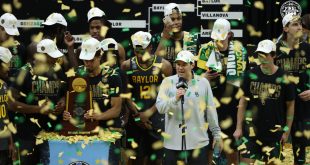