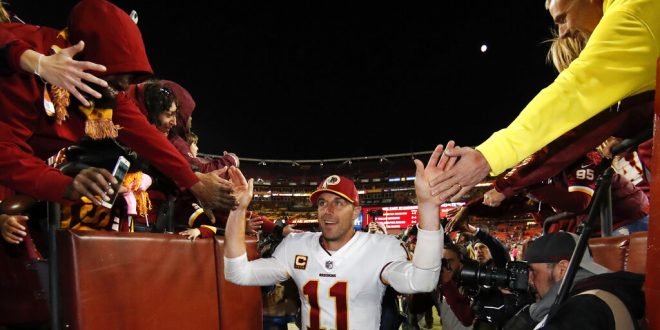 FILE - Washington Redskins quarterback Alex Smith (11) celebrates with fans after an NFL football game against the Dallas Cowboys in Landover, Md., in this Sunday, Oct. 21, 2018, file photo. Smith earned AP Comeback Player of the Year honors for getting back on the field last season, two years removed from his gruesome injury that required 17 surgeries to repair. Alex Smith is retiring from the NFL after making an improbable comeback from a broken leg. Smith announced his retirement Monday, April 19, 2021, on Instagram, saying he still has plenty of snaps left him just shy of his 37th birthday but is calling it quits to enjoy time with his family.(AP Photo/Alex Brandon, File)

The 2020 Comeback Player of the Year and 16-year NFL veteran Alex Smith has hung up the cleats.

Drafted first overall by the San Francisco 49ers in 2005, Smith has made an immeasurable impact both on and off the field.

Smith’s former head coach Andy Reid lauded him for who he is a person.

While with Reid in Kansas City, Smith made three Pro Bowls and hit career highs in passing yards and touchdowns (2017).

Despite all the success had with the Chiefs and 49ers, maybe Smith’s most memorable season was his last.

After suffering a gruesome leg injury on November 18, 2018, doctors were unsure if Smith could ever play again. For months, not only was Smith’s career in serious jeopardy, but his leg was too.

After 17 surgeries and years of rehab and struggle, Smith defied the odds and returned to the field.

This past season, Smith’s first year back, he went 5-1 as a starter and led The Washington Football team to an NFC East division title.

Smith was unanimously named Comeback Player of the Year by the Associated Press, Sporting News, and Pro Football Writers of America.

The NFL's Comeback Player of the Year honor should be renamed the Alex Smith Award.

Smith’s improbable comeback has served as an inspiration to many. He says it’s those who had overcome serious injuries before him who inspired him.

Before he heard his name called by Commissioner Paul Tagliabue in the 2004 NFL Draft, Smith became an unlikely star at Utah. Smith was rated a two-star recruit by 247 Sports in 2002 but hit his stride in an inventive Utah offense. He thrived under head coach Urban Meyer’s spread offense and worked well with then quarterback coach Dan Mullen.

The current Gator head football coach called Smith an “incredible role model both on and off the field.”

Had to get this pic out today. Congrats #AlexSmith on a great career. Can’t wait to see what’s next. You are an incredible role model both on and off the field. pic.twitter.com/3SPqpohaFs

In the end, Smith made the choice to call it career. With it, his legacy is as everlasting as the impact he left on a league and on a nation. It was an unforgettable career for Alex Smith.

Will Levenson is a Journalism and Sports Media major at UF. He produces daily shows for WRUF, including "Sport Scene with Steve Russell," "Harp on Sports," and "The Tailgate." In addition, Will provides weekly sports updates for WUFT News and radio Sportscenters for WRUF radio. Will has been a writer at ESPN Gainesville since September 2019.
@BigWillLevenson
Previous Kansas City Royals Fall Short Against The Tampa Bay Rays After Multiple Errors
Next Steph Curry Continues Historic Tear 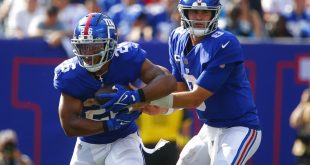