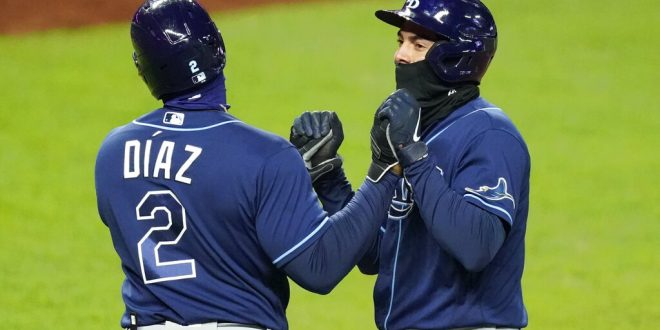 The Tampa Bay Rays continue their win streak after winning their last four games. Beating the Yankees in a three-game series and winning last night’s game against the Royals.

The first four innings were quiet for both teams.

In the top of the fifth, the Rays were the first ones to put themselves on the board. With a single by Joey Wendle and Willy Adames reaching on a fielding error, Wendle scores. Kevin Kiermaier then singles on a sharp line drive, Adames scores making the score 2-0. It’s a 1-2-3 inning for the Royals at the end of the fifth with two groundouts and one strikeout.

The sixth inning was quiet for both teams with no runs scored.

In the top of the seventh, the Rays score another run by a fielder’s choice and a fielding error by Whit Merrifield making the score 3-0. Royals stay scoreless ending the seventh.

In the top of the eighth, it’s a 1-2-3 inning for the Rays with a flyout, strikeout, and a popout. The Royals leave two stranded and it’s a scoreless inning in the eighth.

In the top of the ninth, Adames singles and advances to 3rd base on a throwing error by Salvador Perez. Kevin Kiermaier singles, Adames scores making the score 4-0. In the bottom of the ninth Perez doubles on a sharp fly ball to left field. Jorge Soler out on a sacrifice fly, Perez scores. It’s not enough for the Royals as the Rays take the win with a final score of 4-1.

Left-handed pitcher Josh Fleming had a stellar night since his last debut in 2020. He pitched 5.1 innings with only two hits and three strikeouts throughout.