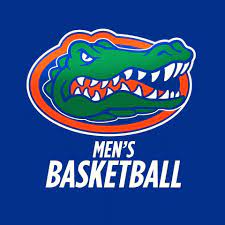 Pastrana is from Miami, and has a few other connections to the state of Florida. He was an assistant at Florida International and was the head coach at Daytona State College 2017-2018. He was also on the staff at Florida Atlantic. Pastrana also graduated with a Bachelor’s in history from Florida State.

Pastrana began his career as a graduate assistant with Frank Martin and Kansas State. Martin is currently the South Carolina head coach, so he already has familiarity with an SEC opponent.

His most recent experience comes from Oklahoma State. The last two seasons he was on the Cowboy’s staff that recruited very well. The Cowboys signed the fourth ranked recruiting class in 2020 with potential number one pick Cade Cunningham.

Offseason of Turnover for the Gators

The Gators offseason has felt like a revolving door so far. Florida had several players transfer so far this offseason, including Noah Locke. The Gators also lost two important players to the NBA draft in Tre Mann and Scottie Lewis. Then, head coach Mike White lost two assistant coaches, but now they are starting to rebuild.

The Gators have signed four transfers so far and Erik Pastrana will try to fill one of the holes in the coaching staff.

Keyontae Johnson also announced that he will be back with the Gators this season, and that should be a huge boost to the Florida offense that missed him very much this past season. It will be interesting to see how all the new pieces fit together this season in Gainesville.

@AnschultzChase
Previous Gators Baseball Shuts Down Kentucky in Opening Game of SEC Tournament
Next Rays host Royals for the first time this season.