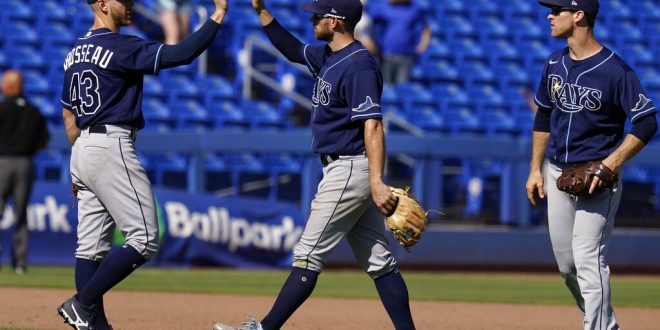 Rays host Royals for the first time this season.

The Tampa Bay Rays are looking to retain their spot at the top of the American League Standings in Tuesday’s matchup vs the Kansas City Royals. The Rays return to Tropicana Field to take on the Royals for the first matchup of a three game series.

Tampa Bay comes into this matchup with 30 wins to 19 losses on the season thus far and Kansas City sits a game below .500 at 22-23 on the year. This is Tampa Bay’s second season series against Kansas City, taking two of three games the first time around. This series will be the last time these two teams meet for the regular season. The Rays currently sit atop the AL East standings while the Royals are currently in third place in the AL Central.

On the hill for Tuesday’s matchup, left hander Rich Hill gets the start for Tampa Bay. Meanwhile Kansas City gives the ball to Brad Keller. Keller is 3-4 on the season with a 6.52 ERA and 38 and 2/3 innings pitched. Hill boasts a 3-1 record through 44 innings and a 3.89 ERA.

Rich on the hill pic.twitter.com/e6tHt2MaK1

Royals Shortstop Adalberto Mondesi will make his 2021 MLB season debut in Tuesday’s game against the Rays after being activated from the injured list.

Adalberto Mondesi returns to the lineup as we open the road trip with a visit to Tampa.#TogetherRoyal pic.twitter.com/Sb1CK6SDxu