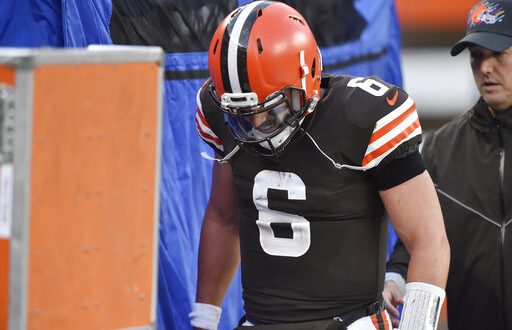 Cleveland comes off back-to-back losses to the Los Angeles Chargers and the Arizona Cardinals.

While the Browns claim home-field advantage, quarterback Baker Mayfield will not start due to a shoulder injury. He said he wants to give the squad the best opportunity to win.

Case Keenum suits up as the starting quarterback against his former team. The matchup marks the first time Keenum will start for the Browns. The Brownwood, Texas, native said he’s been ready.

“What better chance to take advantage of an opportunity than on Thursday Night Football,” Keenum said. “I know these opportunities don’t come around very often to be a starting quarterback in this league.”

Evidently, both clubs are on the struggle bus, but Cleveland looks to get back in the win column.

The Broncos fell 34-24 to the Las Vegas Raiders Oct. 17. While Denver opened up the 2021-22 season with a three game win streak, the team suffered three loses in a row. But they look to bounce back.

Though he also emphasized coaching needs to improve.

Denver moved wide receiver John Brown and outside linebacker Pita Taumoepenu to the active roster for the game. Alexander Johnson, the team’s second-leading tackler, is out for the remainder of the season with a torn pectoral muscle.