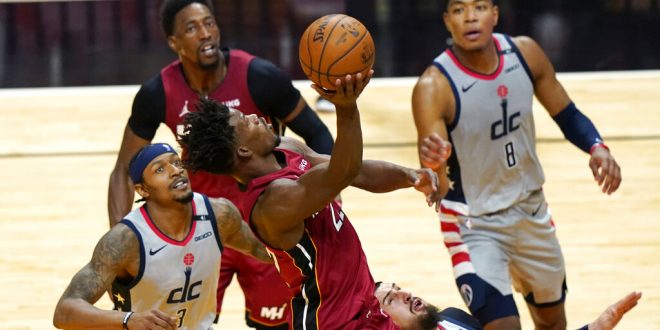 Returning most of their players from last season, the Miami Heat has high expectations when their season begins tonight against the Milwaukee Bucks .

A team that made the Finals just two seasons ago, the Heat are looking to make a return to the big stage.

Most outlets have the Heat finishing at top four in the standings, but don’t be surprised if the Heat blow away expectations in a loaded eastern conference.

Known to have a tough, hardnose culture and the signings of these three veterans adds to their resume.

NBA executives voted the signing of Kyle Lowry as the best move of the offseason.

With a defensive, pass-first mentality, Lowry will help the Heat get the easy baskets in transition.

P.J Tucker and Markeiff Morris represent two established veterans who have both been apart of championship winning teams.

Knowing what it takes to win, their veteran presence and intensity will benefit the development of the younger players.

Martin will help add depth to the Heat’s talented bench.

Along with the new Heat players, their returning players have a chip on their shoulders as they look for improvement.

After a disappointing sophomore season,  Herro has pledged to be much better this year.

If his preseason performances serves as a indicator for his expectations this year, Herro will have an All-star season.

Tyler closed the preseason with 20+ in 4 of the 5 games he played in. Love to see it! pic.twitter.com/FnojjeIeB9

Hitting the gym and gaining more muscle, Adebayo as he looked much stronger on both sides of the ball.

The success of this Heat team relies on the abilities of their young core in Adebayo and Herro, along with the their veteran leaders in Lowry and Butler.

Beginning their season at home, the Heat will faceoff against the defending champs, Milwaukee Bucks.

After being swept by the Bucks in last years playoffs, The Heat will be motivated to get their revenge.

Coming off of a convincing win over the Brooklyn Nets, the Bucks might be in mid-season form already.

Therefore, the matchup against the Bucks will serve as a potential meter stick on what to expect from this year’s Heat team.