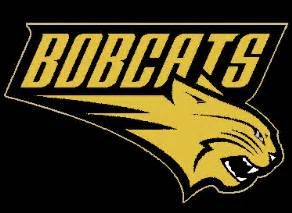 The Buchholz Bobcats (10-1) will hit the field Friday night looking to extend their season in the regional semifinal of the FHSAA football playoffs. The Bobcats will host University High School (7-2) from Orange City, FL Friday at 7:30 pm. Buchholz is coming off a dominating first round win over Fleming Island 35-7, while the Titans are coming off a win over a higher seed Fletcher High School 35-14.

The Bobcat offense is one of the best in the state of Florida. The team has scored 28 points or more in nine out their 11 games, with one game scoring 75 points against Forest High School back on October 29th.

Quarterback Creed Whittemore has been shining for the Bobcats offense. The junior has thrown for 1641 yards and 19 touchdowns with just five interceptions, averaging 17.2 yards per pass. Additionally, Whittemore has been getting it done on the ground as well, rushing for 651 yards with eight rushing touchdowns on the season.

Moreover, the Bobcats have some dangerous weapons at the wide receiver position. Seniors Adrian Sermons and Quan Lee have been dominant on the receiving end this year. Sermons has 503 receiving yards and six touchdowns, while Lee has hauled in 38 catches for 683 yards and eight touchdowns.

The dominant Bobcat offense is eye-opening, but in the playoffs, anything can happen. Head coach Mark Whittemore thinks that his team has done a good job staying focused on the game ahead of them and not looking ahead to future rounds.

Looking Into the Opponent

Coming into this game Friday, University seems to be the underdog. Buchholz has dominated their opponents all year and with their 10-1 record, force the Titans to travel to Gainesville for another road playoff game. But this is not a new position for the Titans, as they were underdogs in their playoff game last week, where they won by three touchdowns.

The Titans offense is also one to look out for, scoring 27 points or more in seven out of their nine games this season. The Titans are led by running back Taz Figueroa, who has rushed for 919 yards on the ground and has rushed in for 12 touchdowns. Furthermore, the Titans have wide receiver Noble Thomas, who is committed to Iowa State. Thomas has four receiving touchdowns on the year.

Coach Whittemore said the Titans offense is a strong bunch with a good running game, causing the Bobcats to have their hands full against the Titans this week.

Eleven weeks have flown by since we got the 2021 high school football season underway. …