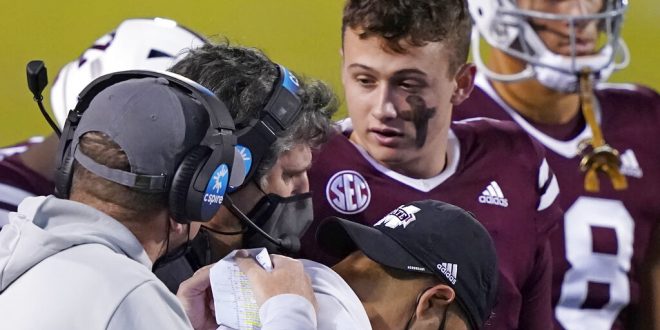 Mississippi State returns home after being on the road for two straight weeks. The Bulldogs will take on the Tennessee State Tigers for a non-conference game this Saturday. Kickoff is set for noon at Davis Wade Stadium.

After a huge comeback win over Auburn, Mississippi State made its way into the college football rankings at No. 25.  The Tigers led 28-10 going into halftime, but going into the second half, MSU’s defense held Auburn to only six points, and on the offensive end, Will Rogers threw five touchdowns leading them to a 43-34 victory.

Here’s what head coach Mike Leach had to say about the game.

This marks the Bulldogs third win over an AP-ranked team this season. The victory improved their record to 6-4 and made them bowl eligible for the 18th time under head coach Mike Leach. Last season, the Bulldogs found themselves in the Armed Forces Bowl and secured a 28-26 win over Tulsa. The team ended the season 4-7 making their four wins the fewest since 2008.

This season MSU has had much greater success. With two games left in the regular season, they have the chance to go 8-4. The Bulldogs haven’t had a season with eight wins since 2018 with Nick Fitzgerald at quarterback, who had a total of 1,767 passing yards that year. Mississippi State’s current quarterback, Rogers, already has double that with 3,722 passing yards.

In eight straight games, the true sophomore has thrown for at least 300 yards. He’ll look to make it nine when the team matches up against Tennessee State. This nonconference game so late in the season adds variety to the Bulldogs schedule. Here’s what Leach had to say about the unconventional match up.

This will be the last game of the season for the Tennessee State Tigers, but the first time they’ll play the Bulldogs. The team is currently on a two-game losing streak after losses to Austin Peay and UT Martin. The Tigers are 5-5 and ranked fourth in the Ohio Valley Conference. Under new head coach Eddie George, the team has improved from last seasons 2-5 record.

Here’s what Leach had to say about the new coach’s team.