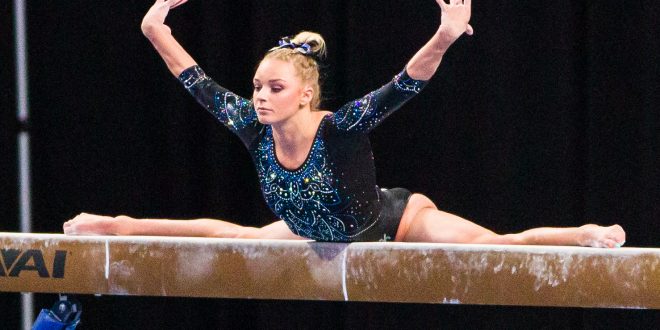 To start the 2022 season, Gators Gymnastics has been on an absolute roll. Starting 3-0, the Gators now look to the Alabama Crimson Tide and prepare for a historic matchup. This will be the first live NCAA regular-season gymnastics meet to be aired on a broadcast network.

This week Florida and Alabama have been preparing for the milestone gymnastics meet. Gators Gymnastics coach, Jenny Rowland, expressed how she is honored to be apart of the first gymnastics meet to be on a national broadcast.

The second ranked Gators look to continue their win streak, coming off of a 197.675-193.70 victory over Texas Woman’s University on Friday. They will, however, face their toughest challenge yet when they meet against the Crimson Tide on Sunday. The Gators 57-75-2 against Alabama in gymnastics. Still, Florida has won eight of the last ten matchups against Alabama.

When asked about Blakely, coach Jenny Rowland mentioned how Blakely’s hard work has already began to pay off.

“It’s really been no surprise, she has been a solid force in the gym, very consistent,” Rowland said. “Her expectations just exceeded everything we were looking for in our first meet out,” Rowland added.

Senior Alyssa Baumann earned her third SEC Specialist of the Week honor this past week.

As the second ranked team in the nation, the Gators have opened their season with three straight wins. Florida looks to move to 4-0 with a victory over the eleventh ranked Alabama.