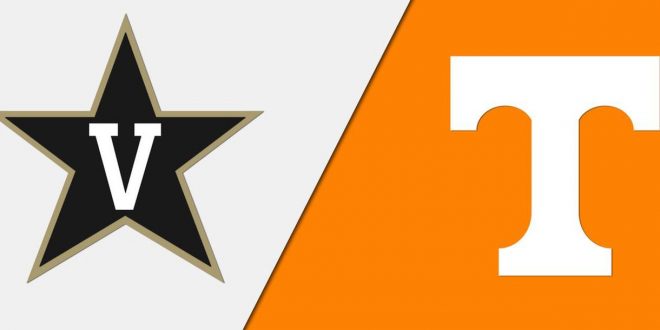 Tennessee is a squad that has shown its stripes this season—excelling on both ends of the floor with the visible hustle and great transition offense and defense. Santiago Vescovi, the sniper from beyond the arc for Tennessee, continues to be a key piece in their offense. He is a guy on the squad who can consistently create or get his own bucket. Vescovi is averaging 39.2% from three and 3.4 assists a game this season.

The Volunteers also have a solid frontcourt in big men Josiah-Jordan James and Oliver Nkamhoua. They are both strong shooters from three, with James shooting a clean 30.3% and Nkamhoua an impressive 44.8% on the season. Both James and Nkamhoua are averaging 8.6 points a game. They have a combined 46 blocks on the season.
The Vols will have to capitalize on Vanderbilt’s mistakes and keep the pressure on them, especially their shooters and playmakers. Tennessee is a strong team that is very deep on the offensive and defensive fronts, with star players at every position willing to step up.

The Commodores are coming off two impressive wins against LSU and Missouri. The team was led by team playmakers Scottie Pippen Jr. and Rodney Chatman. Pippen Jr. has been the floor general for his squad, making clutch plays and steals using his fantastic court vision all season.

A newer offensive threat waking up for Vanderbilt is guard Rodney Chatman, who in his game against LSU last week went 9-14 from the field and 6-10 from beyond the arc scoring 24 points. Another sleeper player for the Commodores is Myles Stute. A forward who has been shooting 42.2% from beyond the arc this season.

Vanderbilt seems to surprise every team they play against lately. Week to week one or many of their players have games of their lives and drag their team over the finish line. Guards Pippen Jr. and Chatman lead the team in steals and fast-break transition points, and that style of play can slow down Tennessee.