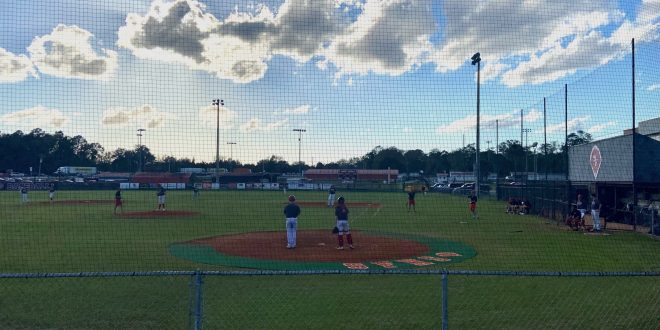 After going 23-3 and posting the best win percentage in school history last season, the Santa Fe Raiders baseball team has its sights set high on another dominant season. The Raiders open the season with a home matchup against defending state runner-up North Marion Tuesday, Feb. 22 at 7 p.m.

The Raiders bring a veteran team to the table this year with the majority of the roster comprised of juniors and seniors. Current seniors Devan and Devante Mitchum batted .341 and .324 last season, respectively. Opposing defenses couldn’t stop Devan’s lightning speed, as he stole 13/14 bases last season. Throughout 26 games at shortstop in 2021, Devante made only 5 errors.

Zane Starling, a University of North Florida commit, brings experience to the mound for the Raiders. During the 2021 season, Starling threw 44.1 innings and boasted a 0.32 ERA. Starling struck out 54 batters and walked 10. Entering his junior season, Starling knows he has to be a leader for his team.

“Just being one of the older guys, it’s more of making sure nobody’s goofing around, no bad practices…just working hard and getting our team ready to go,” said Starling.

The Raiders will rely on sophomore Conner Brown as their closing pitcher once again this season. In 16.2 innings pitched in 2021, Brown had 4 saves and 3 wins with a 0.84 ERA.

Devante Mitchum, Zane Starling, Matt Geelhoed and Devan Mitchum outline their team goals and personal goals for the season. The Raiders are once again eyeing another district championship this season.

Head Coach Travis Yeckring knows his squad brings athleticism and veteran leadership to the diamond. However, the Raiders must put aside their past success and focus on the obstacles ahead. According to Devan Mitchum, in order to stay focused, the Raiders must buy-in.

“If we all do our parts, we’ll be pretty good and we’ll make it really far,” stated Devan Mitchum.

Throughout the offseason, the Raiders trained together, which not only made them physically stronger but also forged a stronger bond among the team.

“We’re a really close group. We hang out outside of school a lot. We get our work in here, we may go eat, we all just hang around each other a lot,” Starling commented.

Beat the Best to be the Best

Santa Fe will have to bring the heat to stay on top of a loaded regular-season schedule. The Raiders will hit the ground running in their home opener against North Marion. They will play in arguably their toughest matchup on Friday, February 11, against the Bartram Trail Bears. Bartram Trail is home to thirteen D1 commits, including the No. 2 player in Florida, Jacob Kendall.

Returning Santa Fe players are marking their calendars for Thursday, April 12, which is their rematch against the Clay Blue Devils. The Blue Devils won last season’s 14-inning matchup 5-4, and the Raiders are looking to deny them a repeat.

“Clay. I want Clay this year again. Last year we had a long 14-inning game…I just remember that in the back of my head,” Devan Mitchum recalled. 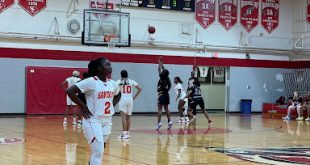